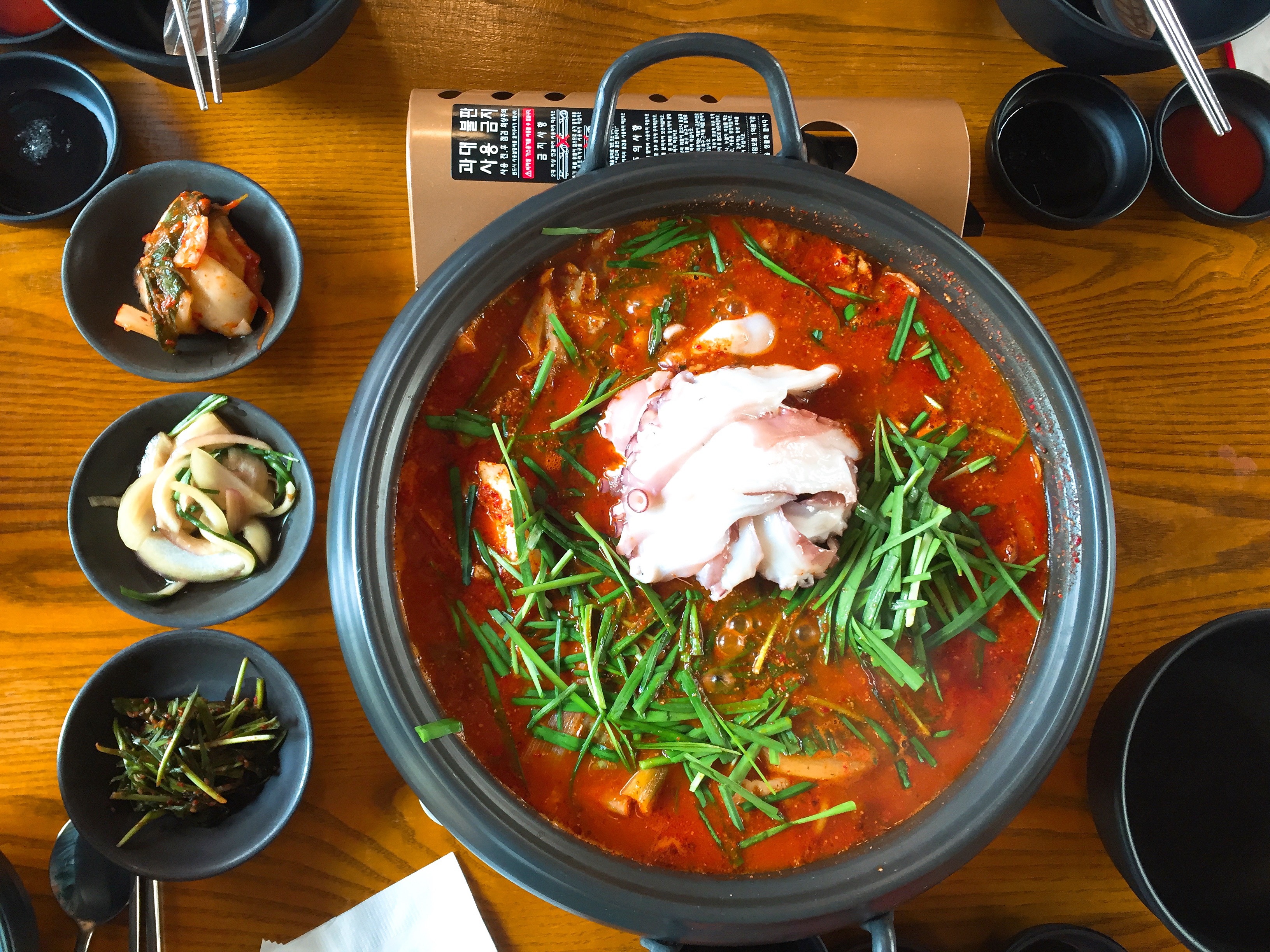 A lot of tourists don’t know what and where they should go for a nice meal in Insa-dong(인사동), since it’s not a place that famous for restaurants but traditional Korean tea shop.

However, I discovered a Korean restaurant that super delicious and popular in Korea Instagram ❤️ which is Mun-ori(문오리). 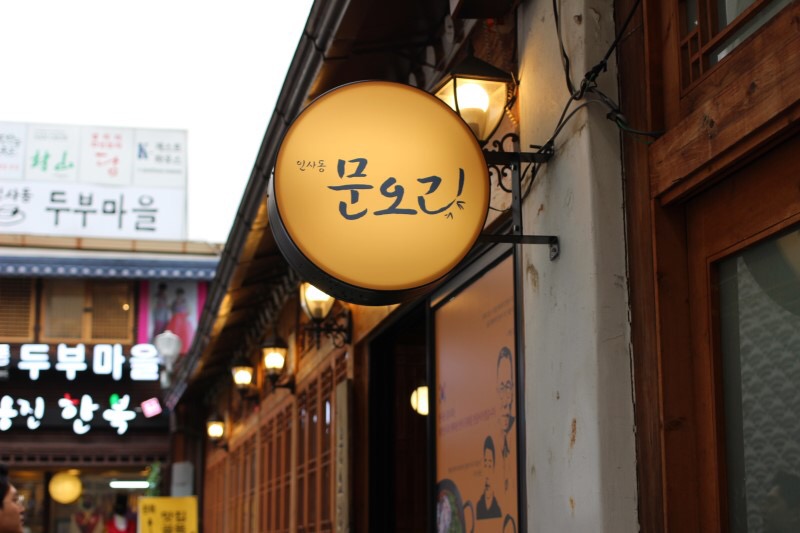 The restaurant is really beautiful since they decorate everything in a traditional Korean way. 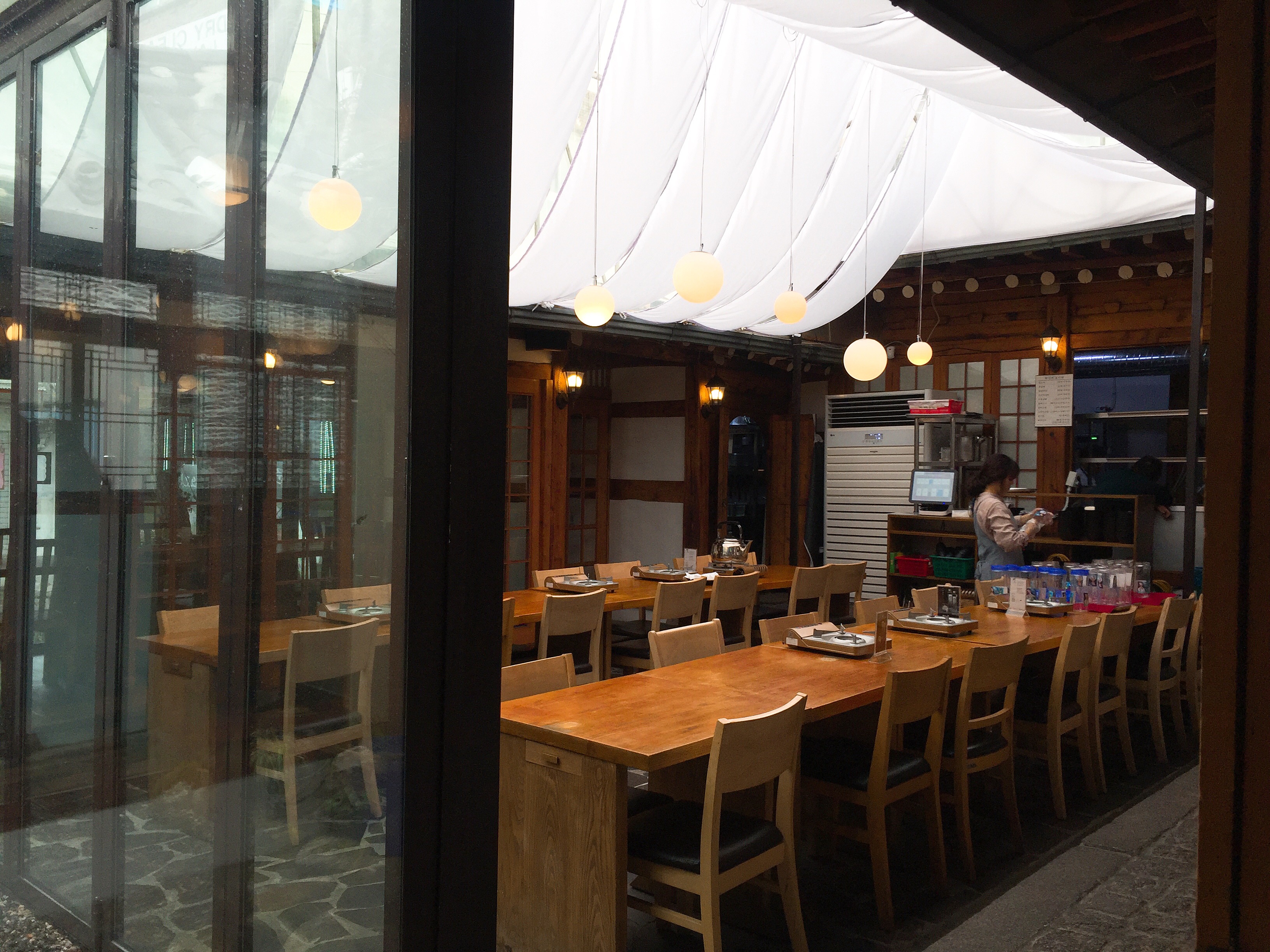 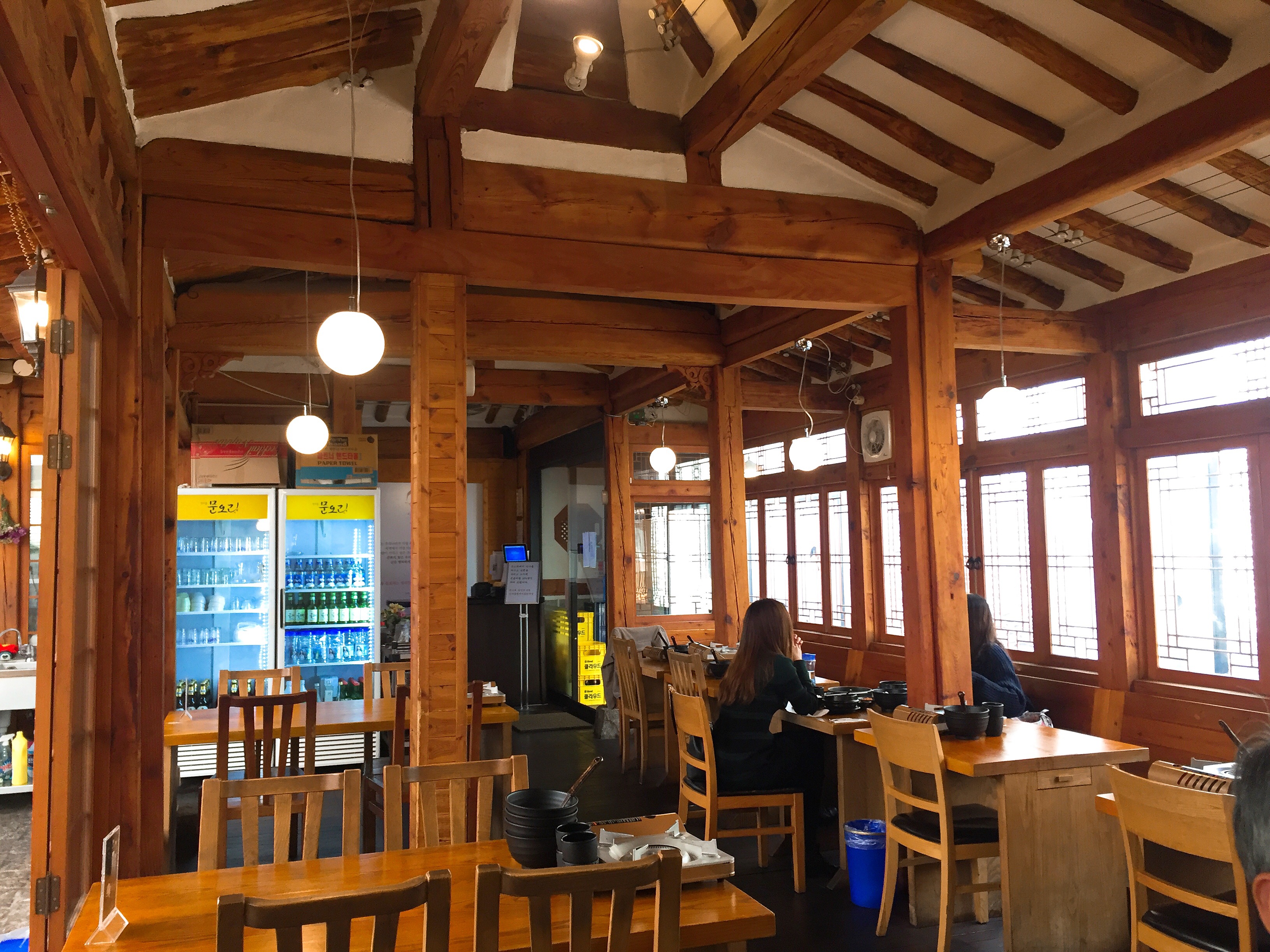 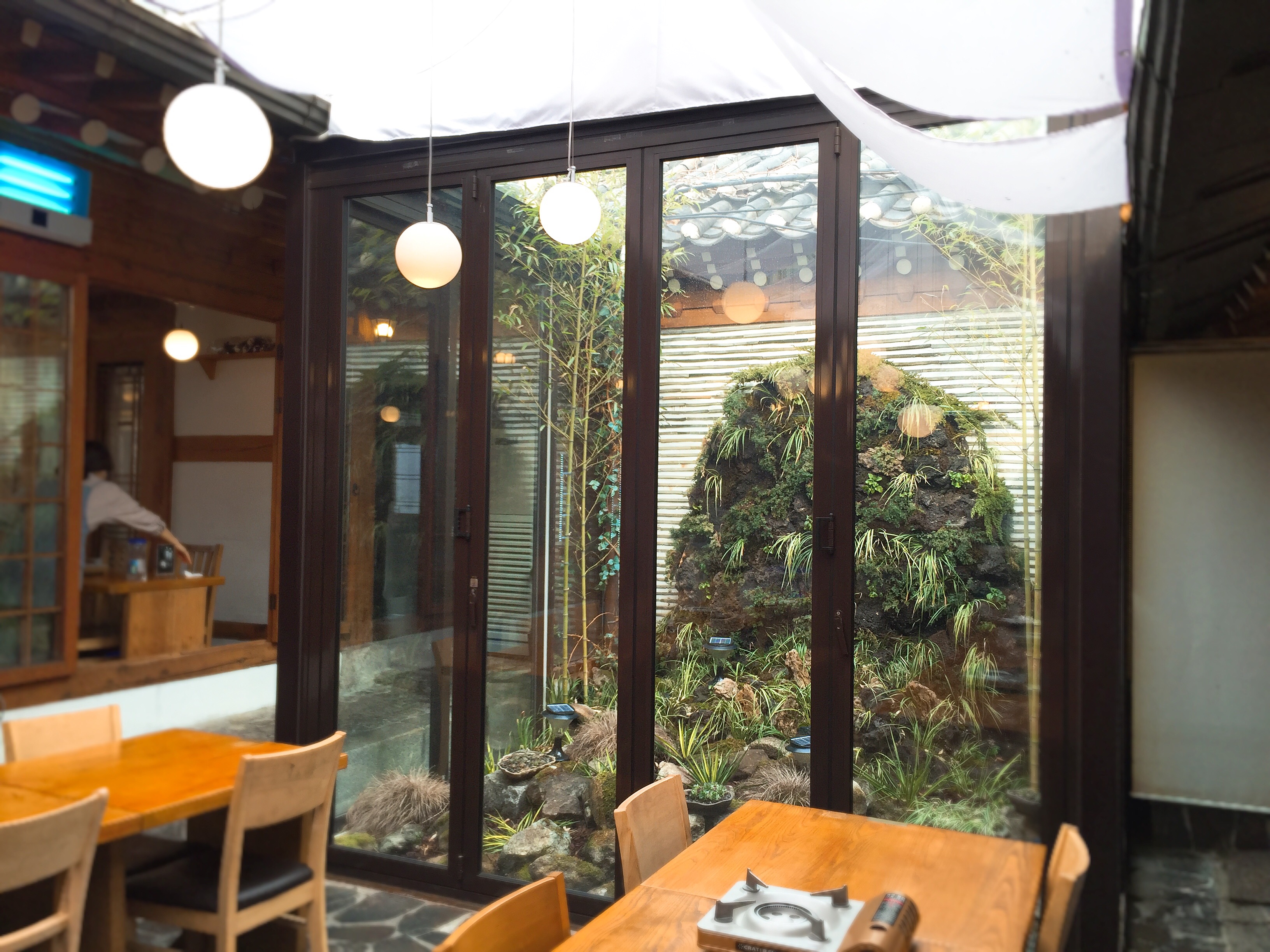 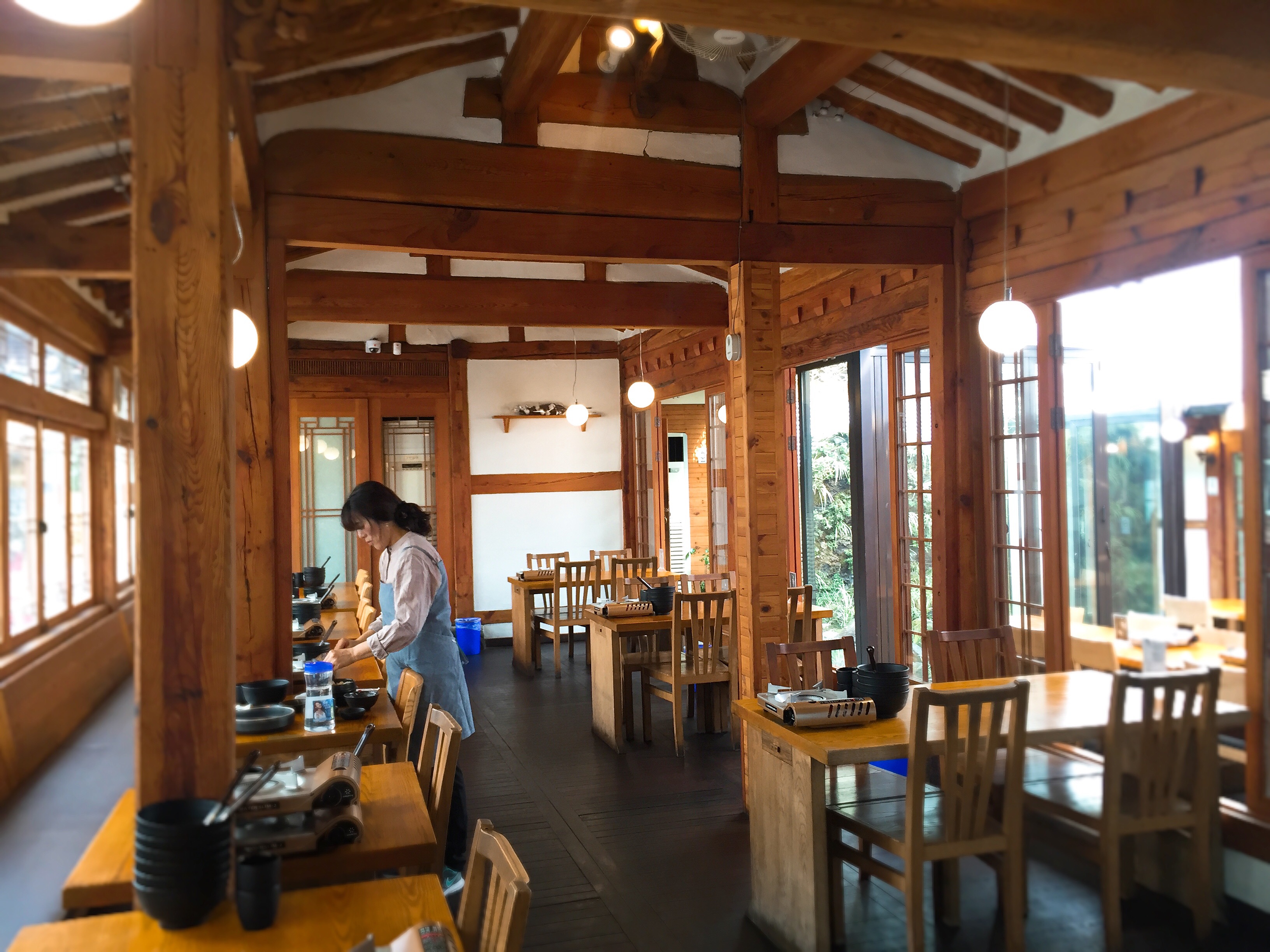 Mun-ori means octopus and duck. Actually Mun-ori is a kind of food from Jeju Island, but now you can try it in Insa-dong.

Here are the main menus: Octopus+duck and Octopus + pork tripe. 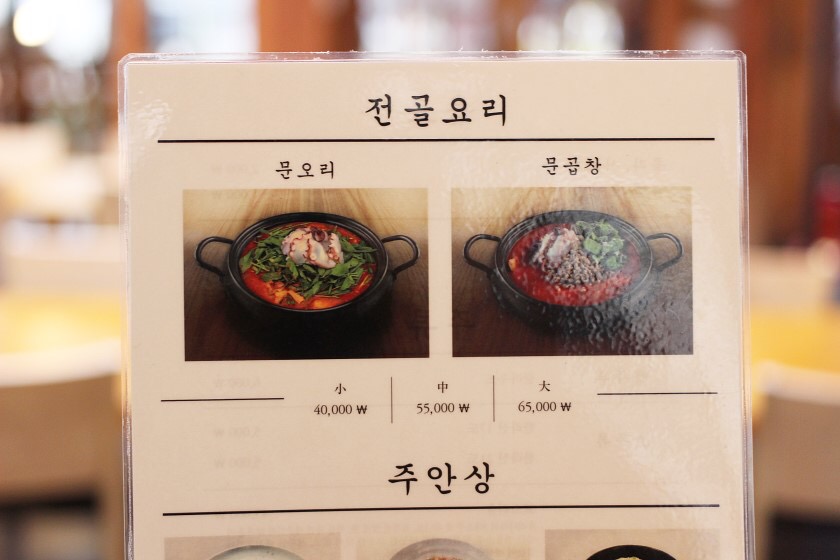 We had 4 people so we ordered Octopus+duck in mideum size.

It was SO DELICIOUS!!!!😋😋😋😋😋The soup was a little bit spicy and you can taste the freshness of tomato, octopus and duck. So hard to imagine it, right? 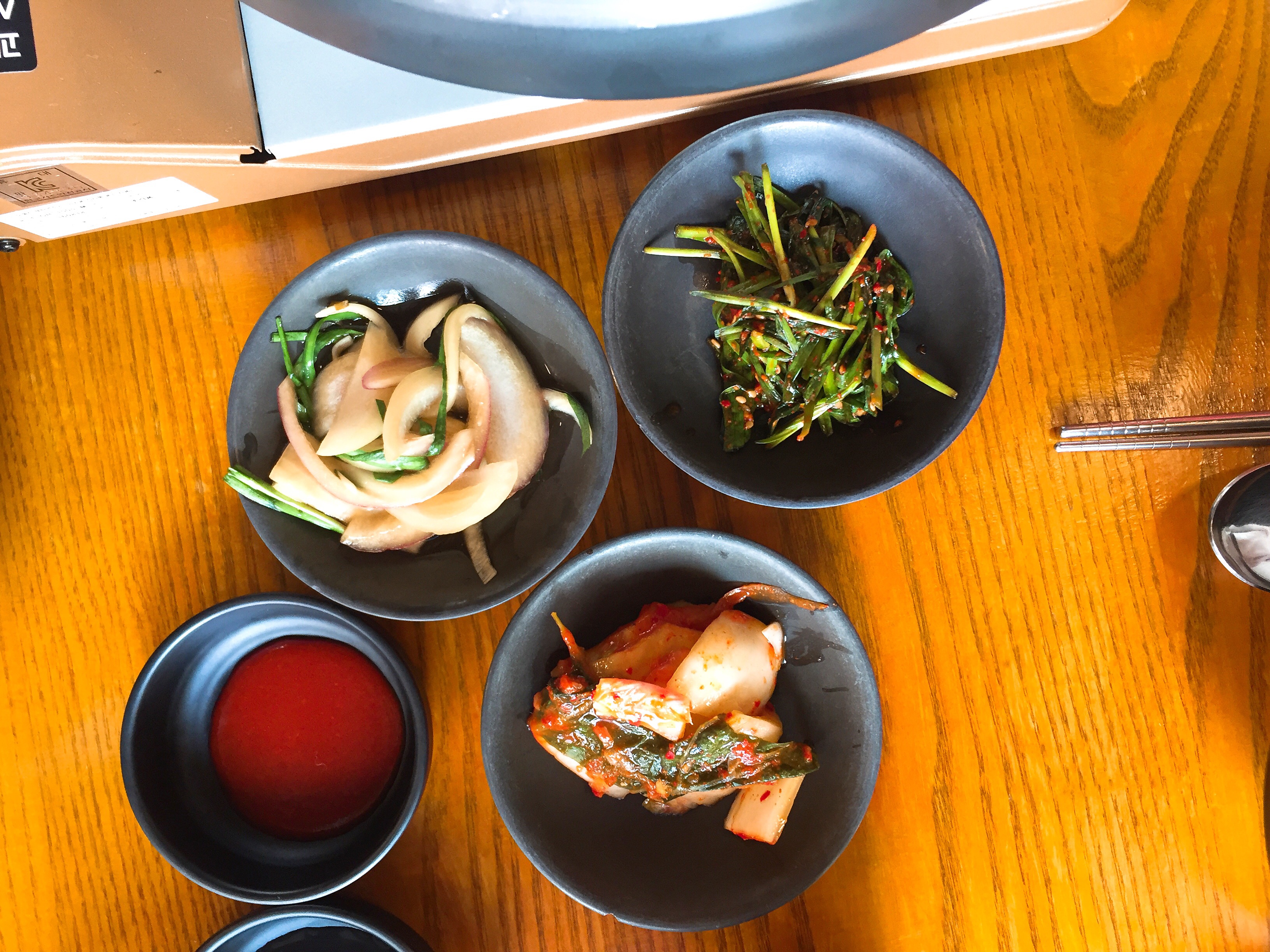 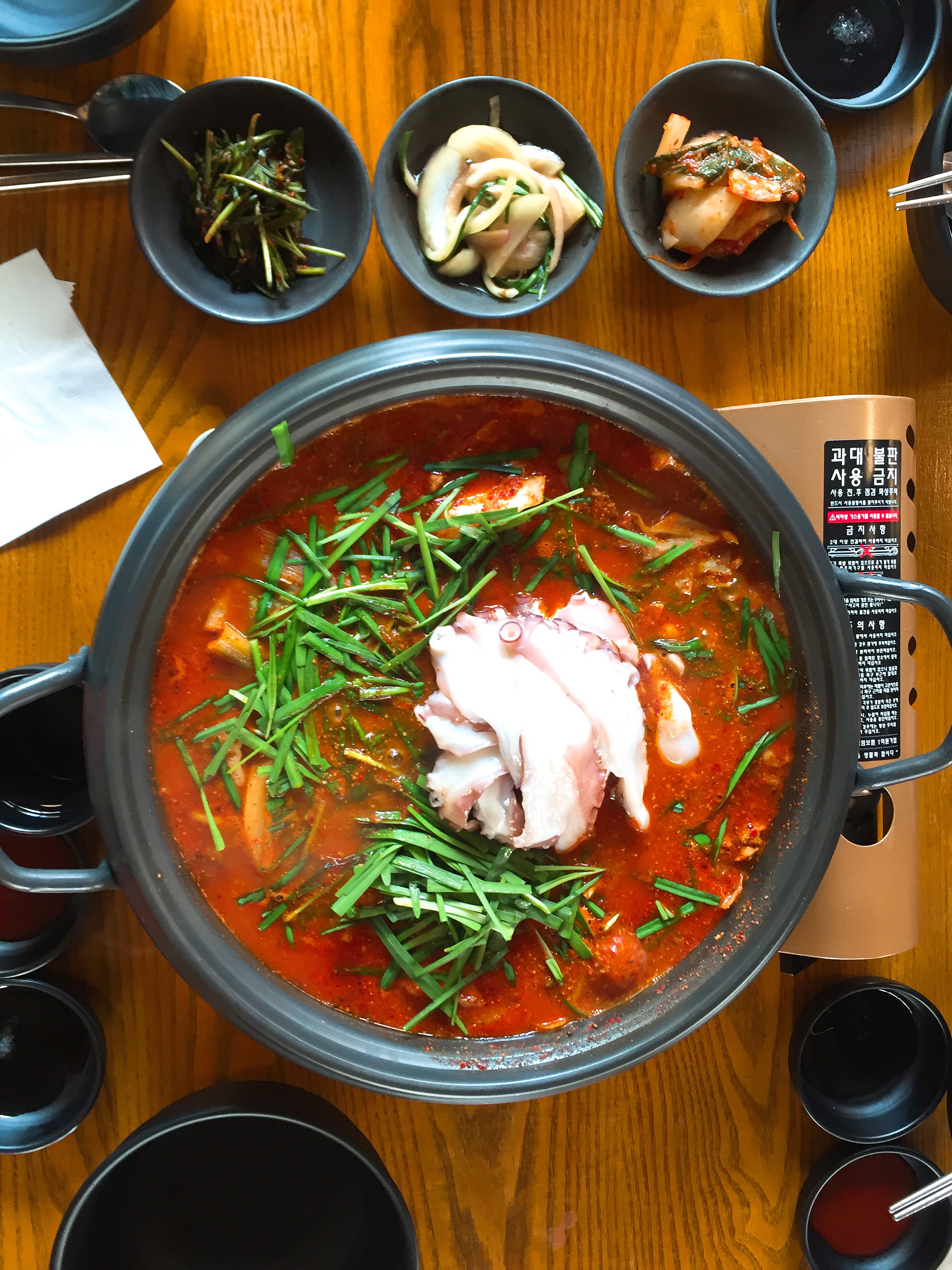 [wpvideo 6kBB1xMa]
The boss of the restaurant was so nice. He gave us 4 Korean alchohol and let us to taste it for free! There’re three different Korean alchohol but I forgot what were they….🤔 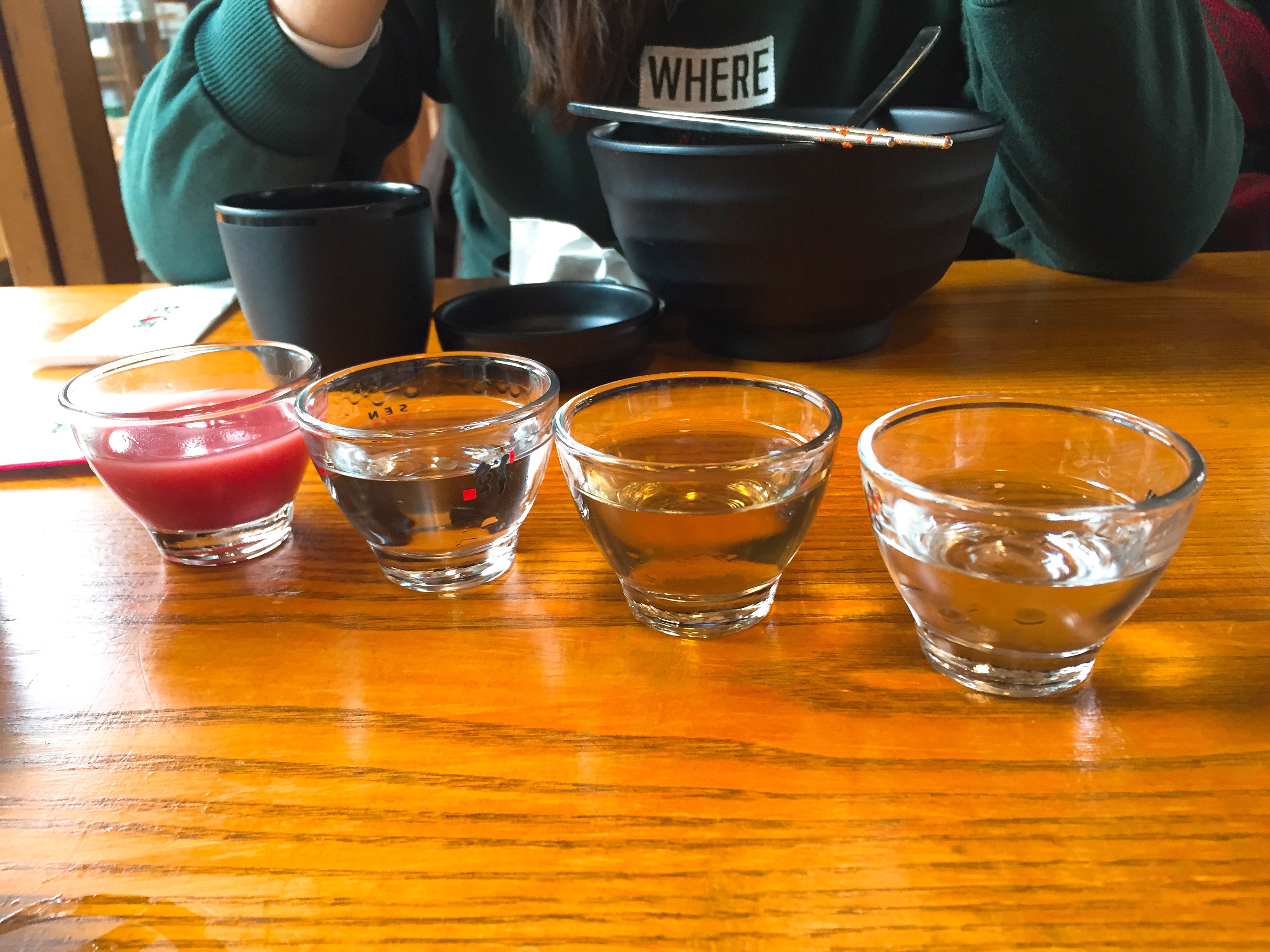 If you want to go, just find a cloth shop named BAE and get into the alley which just next to it. 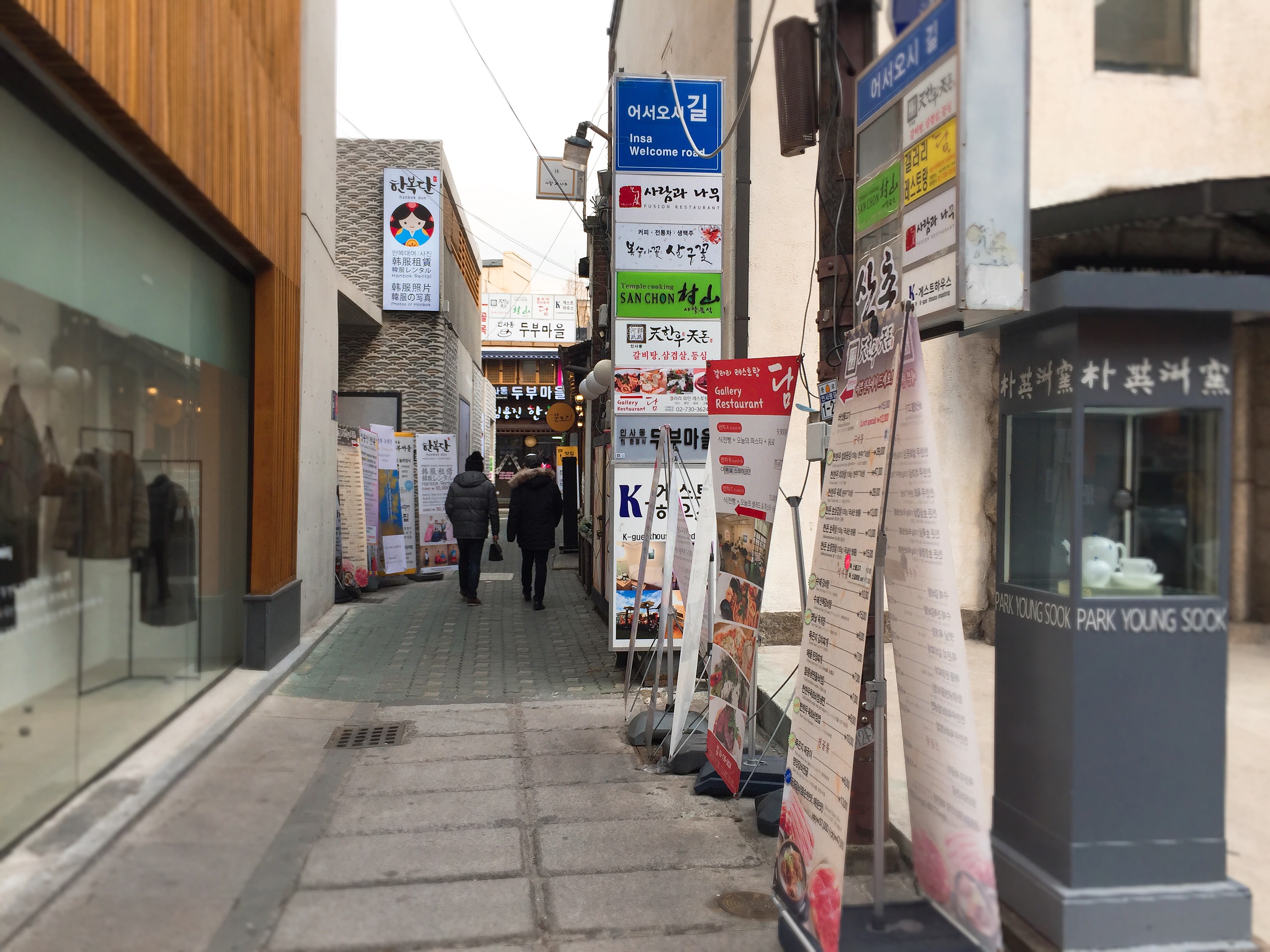 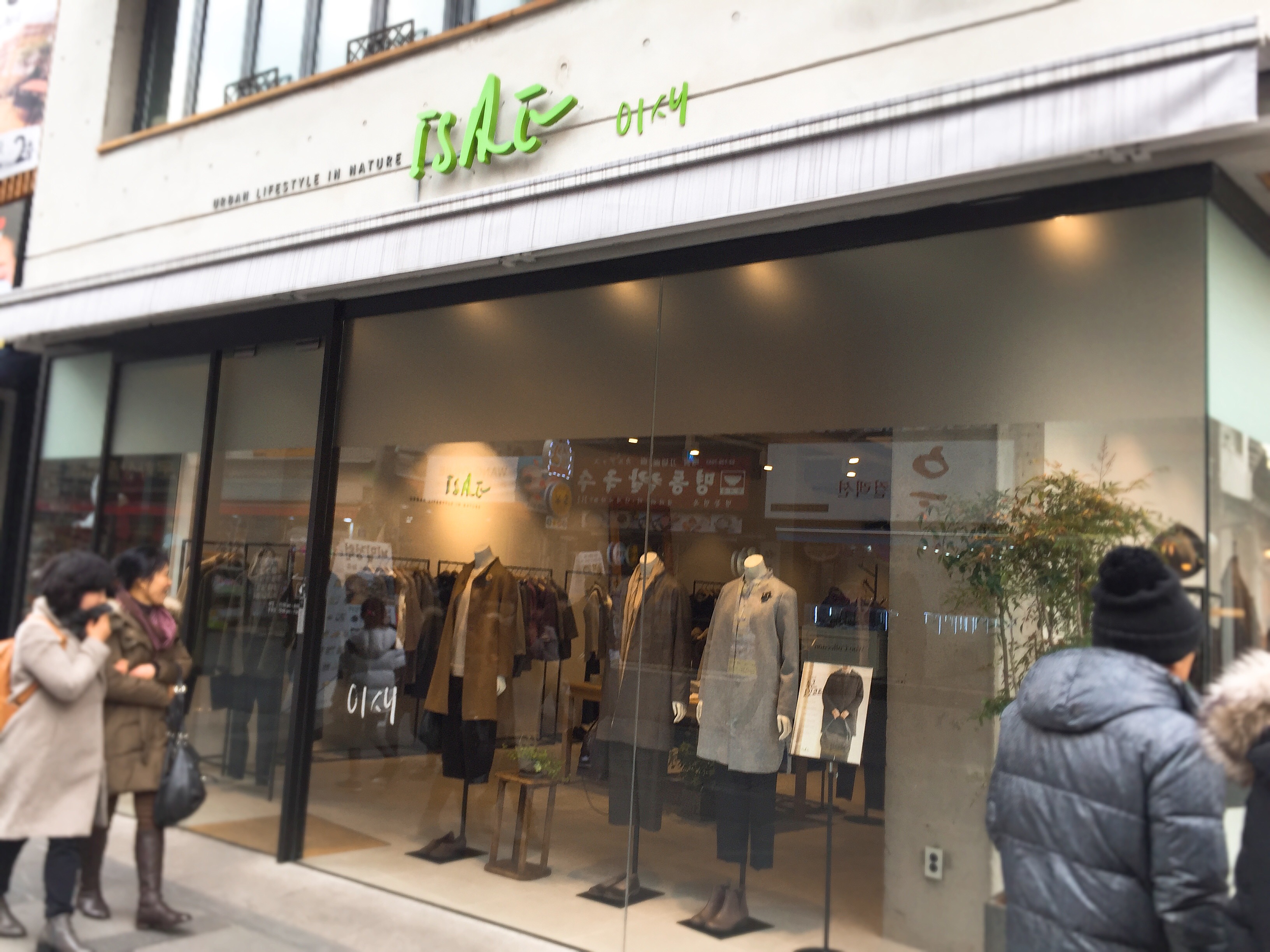