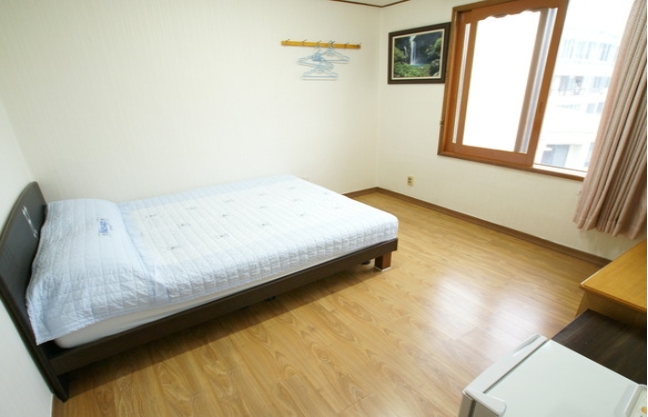 Intorduction
The peaceful and homely Green Olle(narrow pathway) meets the cool and lively Blue Olle here. Once you go past the open fields of Jeju’s farm villages that relax your mind, dense forests such as Gotjawal continues. Exit the comfy forests and follow the dry rivers to arrive at the blue sea. You certainly cannot get bored while walking 19.3 kilometers of long journey ridden with with stone walls, farmlands, forests, rivers, tree-lined promenades along the shore, fine sandy beach and pathways through small villages. The glorious scenery of Biyang-do(island) is visible through the entire walk by the water. It is very interesting to rotate around the island as you walk progressively. The exploration team put in an extra effort to find trails and create a pathway where it seemed to be impossible. The fruit of the hardwork is evident throughout the entire length of the trail.

Pontanious land of Seoninjang in Wollyeong-ri
If you spot any Seoninjang(cactuse) on route 14, you can guess that you are in Wollyeong-ri. Wollyeong-ri is the sole region in Korea where cactuses grow naturally. The wild cacti colonies covering the coastal boulders of Wollyeong-ri is designated and protected as 429th Natural Monument. It is postulated that one cactus grown in a pot has colonized the beach, or to have migrated from the south and settled on sand or in between boulders. It is stated that cacti were planted on stone walls of households to prevent snakes or rats from entering the house in Wollyeong-ri. The cacti bloom a yellow flower in the summer.

Habitat of Haenyeo-kong(bean)
The length of the peapods are about 4~5cm, similar to that of kidney beans. However, they contain toxins that make the beans inedible. The Haenyeo(women divers) ate these beans during an unwanted pregnancy, and many lost their lives from intoxication. It was initially known to only grow on the tokki-seom(rabbit island) in Jeju, but the Jeju Olle Foundation exploration team found them for the first time on this trail.

Geumneung . Hyeopjae Beach Ranked the beaches with the most beautiful colors of the ocean, the Geumneung Beach and the Hyeopjae Beach are adjacent to each other. Both beaches glow in silver due to the seashells mingled with the sand. The color of the ocean is stunning. It is a rather shallow beach with low slopes, especially good for a swim with children. It was designated as an outstanding beach in 2007 by the Ministry of Maritime Affairs and Fisheries.

Biyang-do
The scenery of Biyang-do(island) floods your vision, starting from the Wollyeong Beach at the midpoint of Jeju Olle Trail route 14, to Hallim-hang(harbor). It is a special experience to see different sides of the island by walking on the trail. Biyang-do is a volcanic island created from an eruption one thousand years ago, in 1002. It is one of the youngest volcanic islands in Jeju. The region is famous for its coral reefs formed by the abundant marine organisms and clear sea waters. The inner crater of the Biyang-bong(peak) is the sole place in Korea where wild Biyang Namu (Oreocnide fruticosa) grows. (Jeju Special Self-Governing Province Designated Natural Monument No. 48).

Ongpo-pogu(port)
It is a battlefield for the warfare during the Sambyeolcho struggle and Mokho Revolution. In the year 1270, General Lee, Mun-gyeong took his troops from Sambyeolcho here and won the battle against the Koryo royal forces, invading Jeju for the first time. In 1374, General Choi, Yeong arrived with 314 battleships and 25,000 troops and repelled 3,000 troops of Mongol attackers.