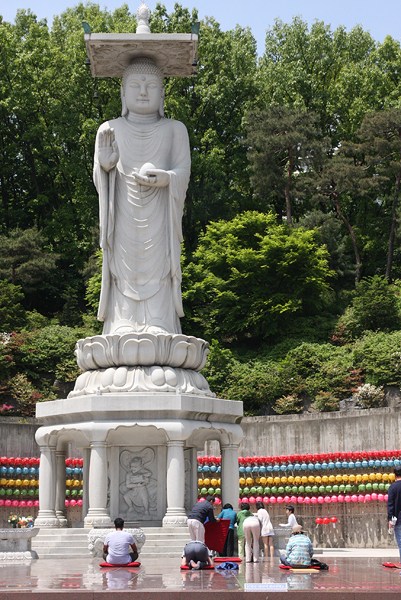 Once known as Gyeonseongsa Temple, Bongeunsa Temple is located to the north of COEX building, and was constructed in the 10th year of Silla King Weongseong’s reign (794). In 1498, Queen Jeonghyeon refurbished Gyeonseongsa Temple at the east of King Seongjong’s royal mausoleum and renamed the temple as Bongeunsa.

Originally located near the royal maulsoleum (1km southwest), the temple was transferred to its current location during Joseon King Myeongjong’s reign. 3,479 Buddhist scriptures of 13 types, including the works of Kim Jeong-hee, are stored here. The Buddhist ceremony called Jeongdaebulsa, is held every September 9th of the lunar calendar, where monks march carrying the scriptures on their heads and recite the Beopseongge (Buddhist rites).

This year on the 16th of May, Seoulites gathered to celebrate Buddha’s birthday party in Bongeunsa Temple. Although it is not the only event that is organized to celebrate Buddha’s birthday, the event at Bongeunsa Temple can be considered as the main event of Buddha’s birthday celebration. If you still haven’t got enough of colorful lanterns at the lantern festival last week and earlier this week, you will definately enjoy the atmosphere at the temple with colourful laterns hanging everywhere! You still can come and have a look, make all your wishes come true! 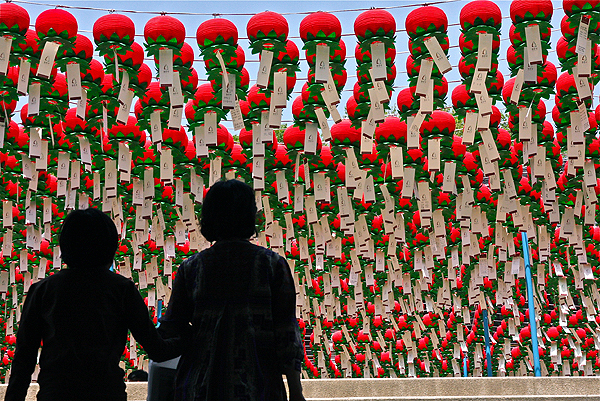 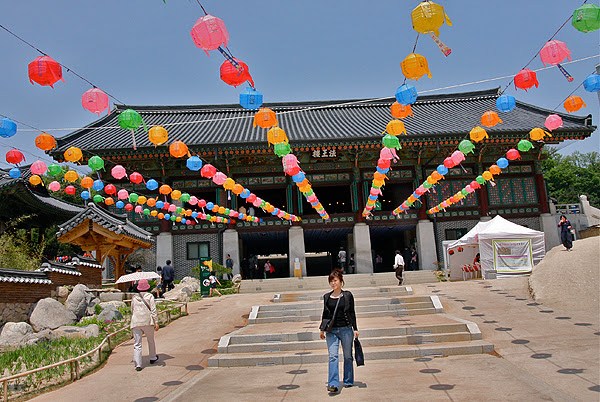 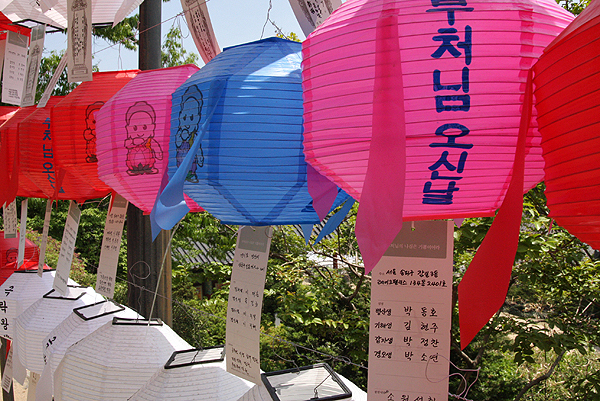 Make a visit and best of luck and love in life!

North of the 38th parallel,Goseong County

A small but lovely county, Changyeong-Gun