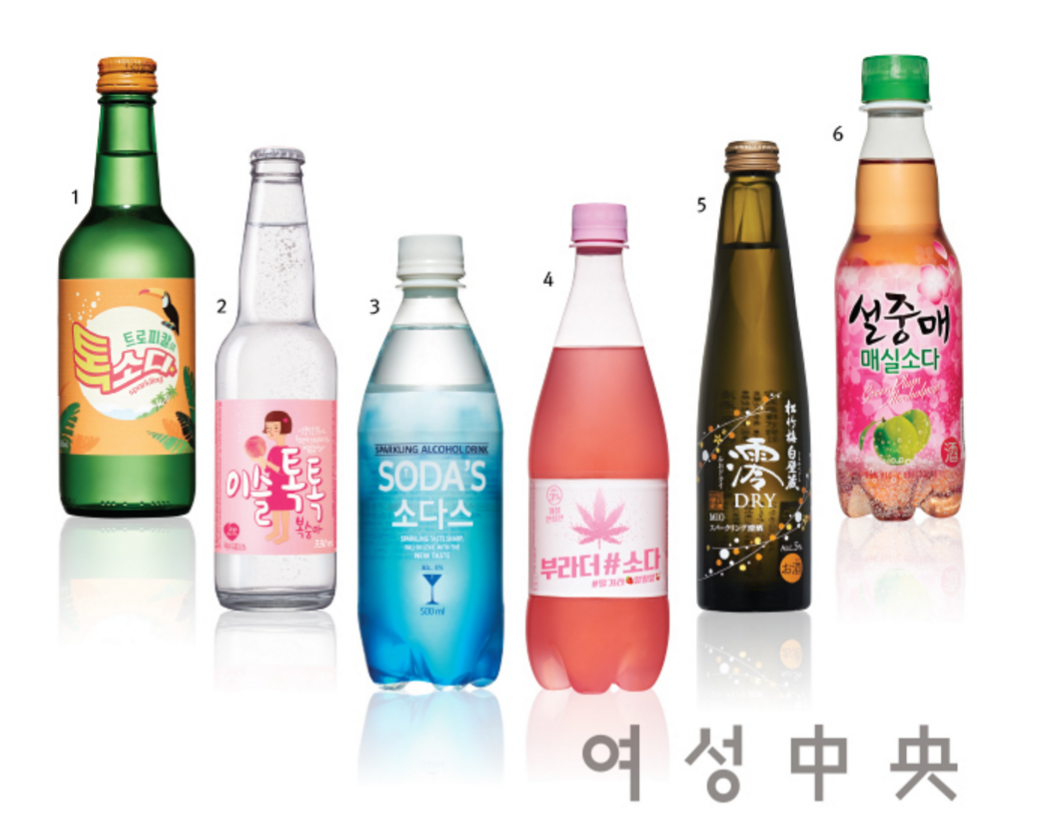 Do you remember when Korea went crazy over fruit flavored soju? Well the trend now has shifted to carbonated liquor! With an alcohol content of between 3-5%, they are all very light, carbonated and very popular with Korean men and women!

We saw this very interesting article and thought we could share some of the most popular carbonated alcohol beverages in South Korea!

They are also very popular because they are very affordable! You can usually pick up a bottle in E Mart or sometimes in a convenience store for the same price as soju! 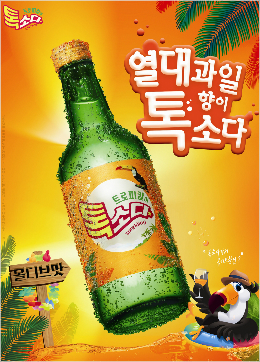 A tropical flavored alcohol beverage, it has a white wine base and is strong flavors of orange, black current, mixed fruit, and other fruity and tropical flavors! 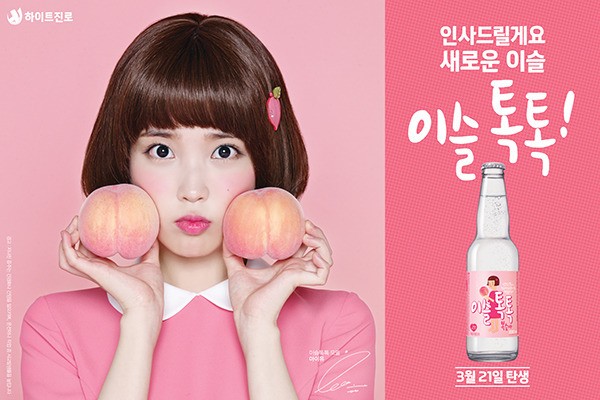 A peach flavored fizzy beverage with alcohol content from Hite Jinro, it is very popular with women due to its fruity peach flavor! Although there is already peach soju out on the market, the carbonated content makes it more popular because it is easier to drink! 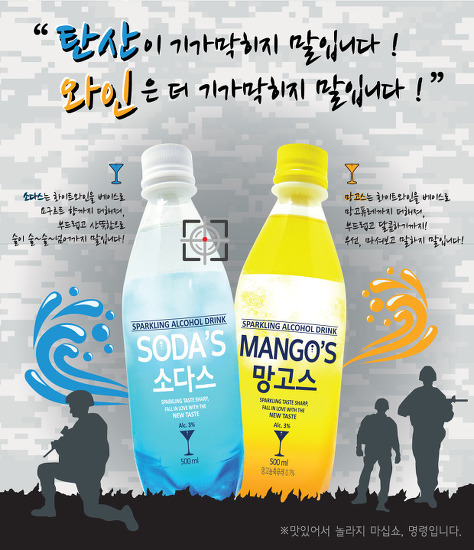 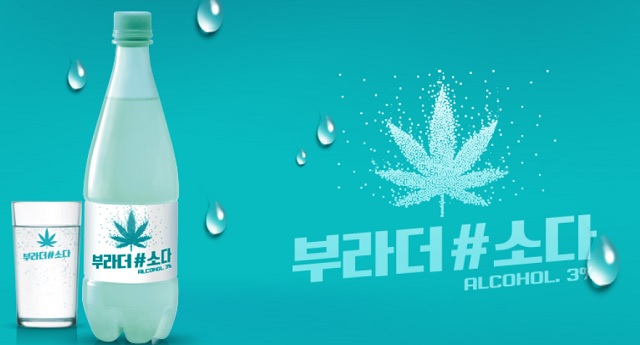 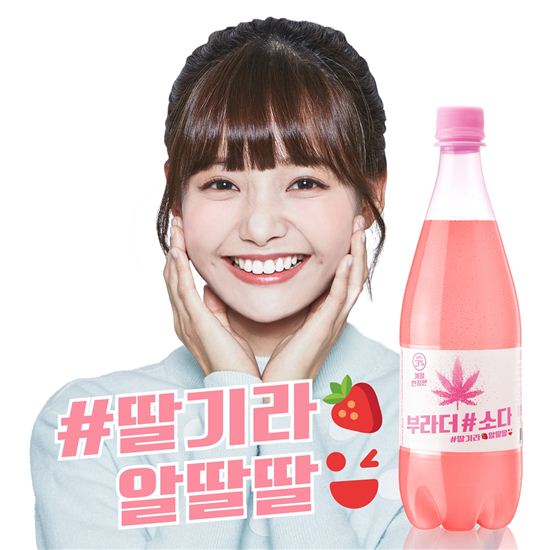 This distinctive brand and their logo is probably one of the most popular carbonated alcoholic beverages, and I’m sure you have seen them! Probably one of the first to have hit the market, once their “soda” flavor became a hit, they introduced a pink strawberry flavored version!

Both based on a white wine base, it has a slightly creamier aftertaste! 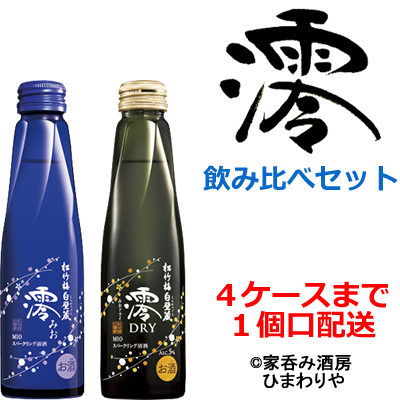 Mio Dry is Japanese, because it is a sparkling sake, but it is very popular in Korea! Probably the most expensive out of this group, they have a like version also! This one is not fruit flavored, but it is a great way to enjoy carbonated sake! 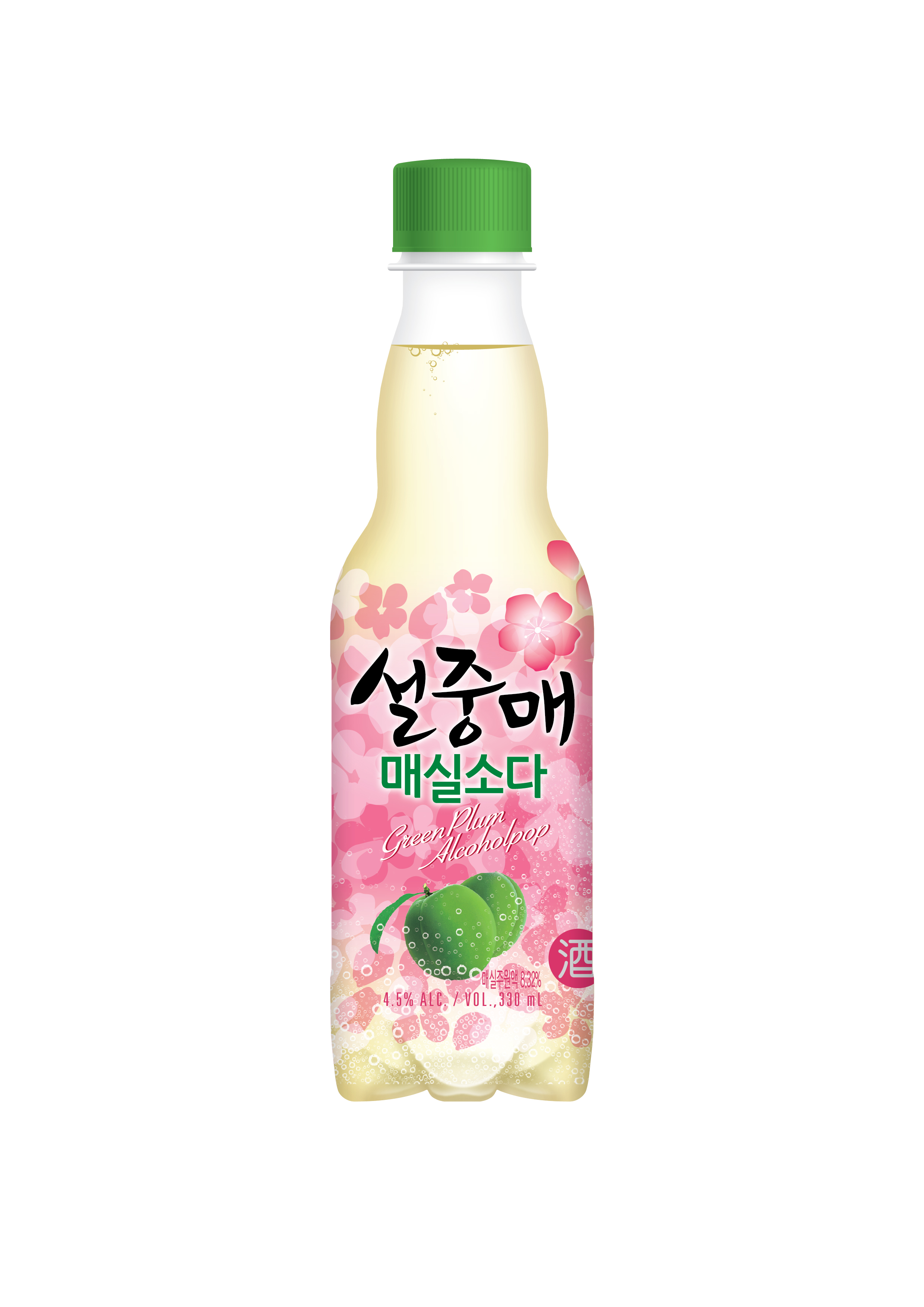 Based off of the popular fruit “maeshil” (have you tried the maeshil tea and the maeshil syrup that are popular?) it is also very reminiscent of choryuu- the Japanese liquor! However, this one is carbonated, and makes for a great after meal drink!

Because they are all sweet and carbonated, it is best to enjoy these drinks chiilled!

Probably the most popular Tteokpokki restaurant in Seoul