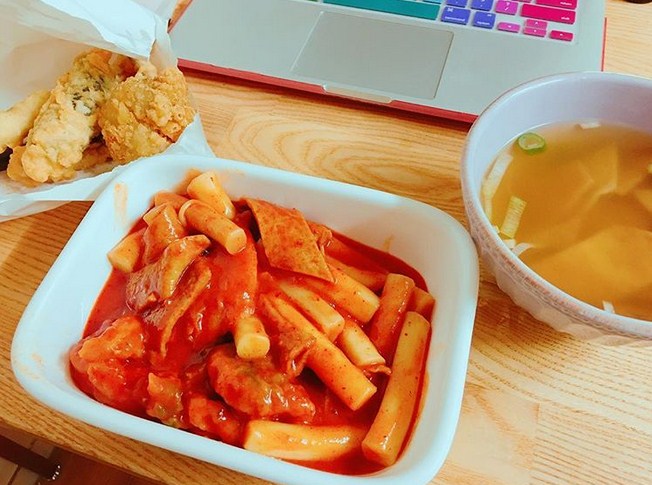 It’s incomplete to visit a country without tasting local or typical food. And if you have plan to visit Korea, do not forget to try Korean Street Food that you can find in almost everywhere. 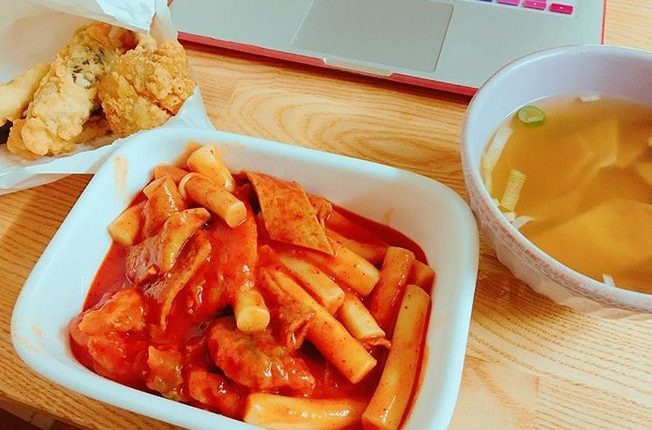 Tteok-bokki usually appear frequently whether it’s in dramas, movies and reality shows Korea. This food is made from long-sized rice cakes cooked with gochujang sauce, fish cake, egg and onions. The taste of this food is a mixture of savory, spicy and also sweet that can be addictive. You can also find tteok-bokki easily in all areas of South Korea. 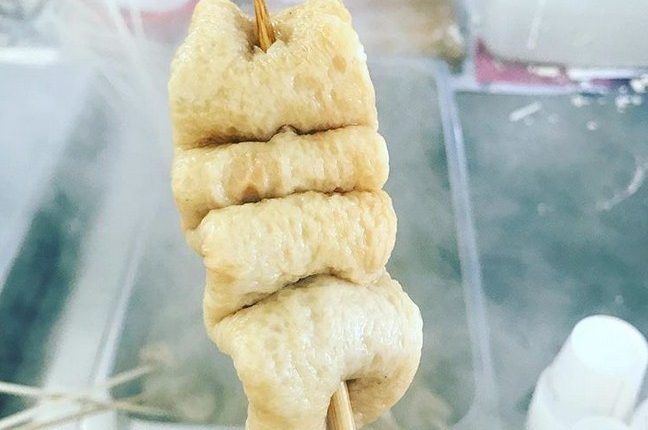 Odeng or often also called eomuk (fish cake) This is also the most popular Street Food Korea. Not only tourists, local people also like this kind of food. Made from finely crushed and floured fish then boiled in eomuk-tang (fishcake soup). Odeng usually served with gravy in a paper cup. 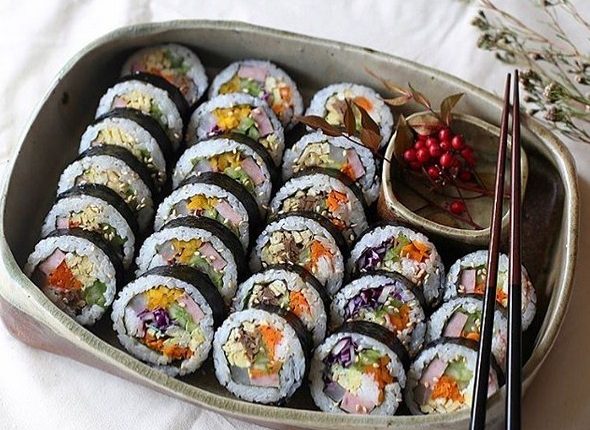 There are so many variations of gimbap that you can meet, but in every gimbab you can find a mix of kimchi and pickled radish. For muslim, you can request gimbab without ham or sausage. 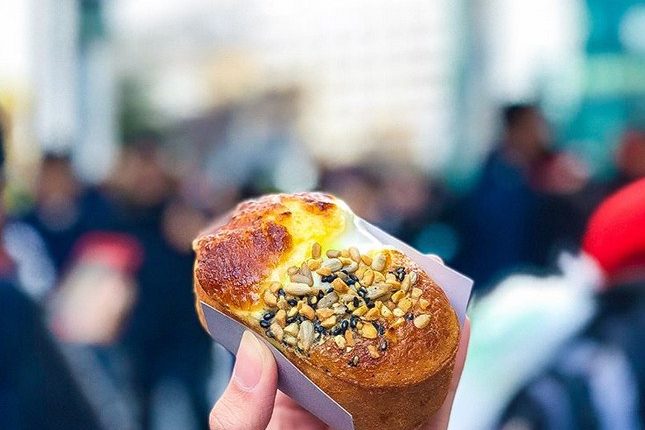 Gyeran-bbang is egg bread which is also popular street food in Korea. Bread cooked in this special mold uses one egg and some add bacon as a complement. 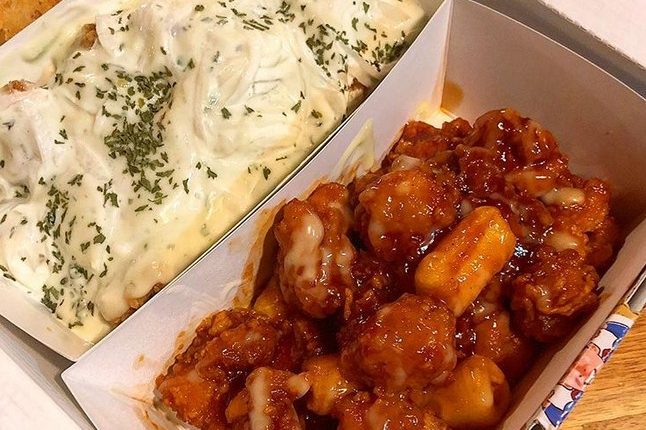 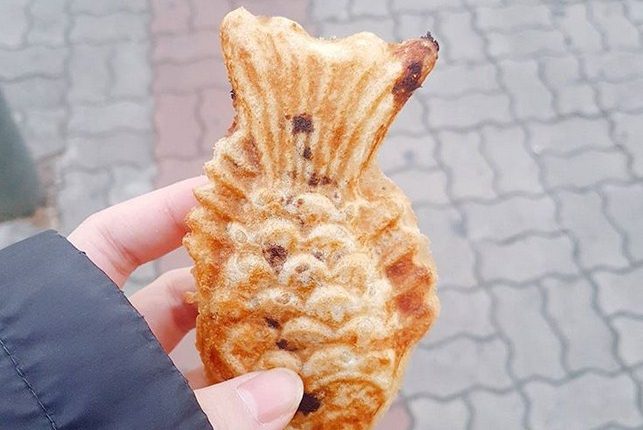 This fish-shaped cake on the inside contains red bean paste also one of the favorite street foods by local people and tourists in Korea. Aside red beans, there’s another flavour such as chocolate, chestnuts and yams. 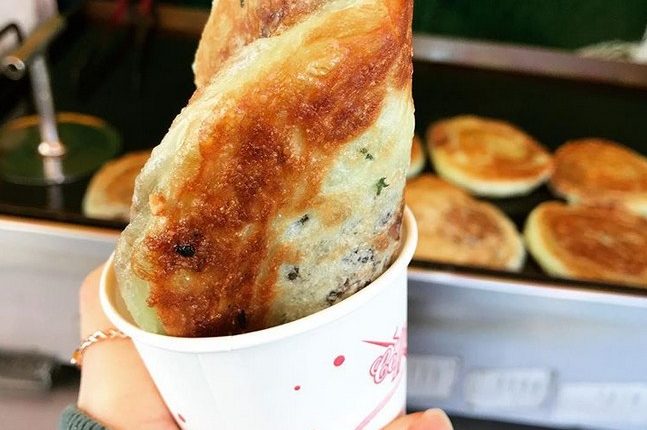 Another must-try Korean Street food is Hotteok which is a Korean pancake stuffed with honey, milled beans and sugar. This hotteok shape is flat, similar to fried bread. 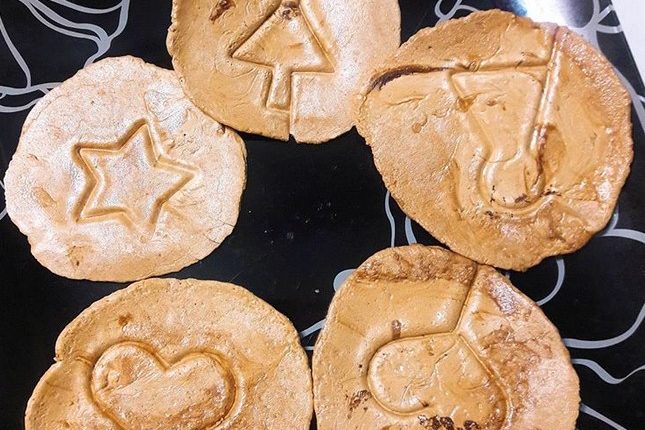 Bbokki is a crispy candy made from liquid sugar mixed with baking soda. Sugar dough then cooked and given a funny motif-funny. Bbokki is popular among locals because it is often used as a games or competition; who can leave the form of a whole bbokki. This is because bbokki is very fragile also sweet. 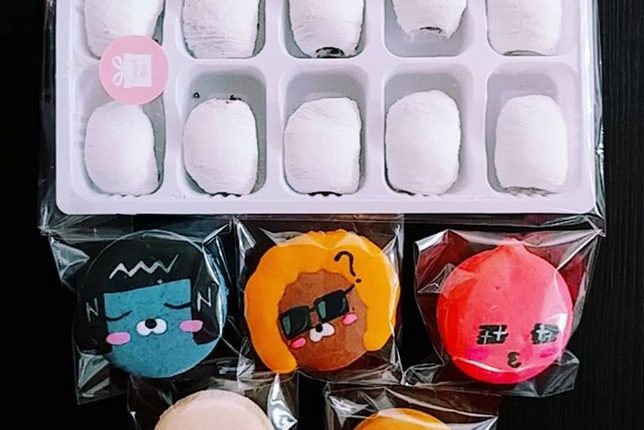 Next Street Food is kkultarae which is candy that resemble cotton filled with milled beans. Kkultarae is made of honey and sugar that has hardened then pulled to form a strand of white thread. 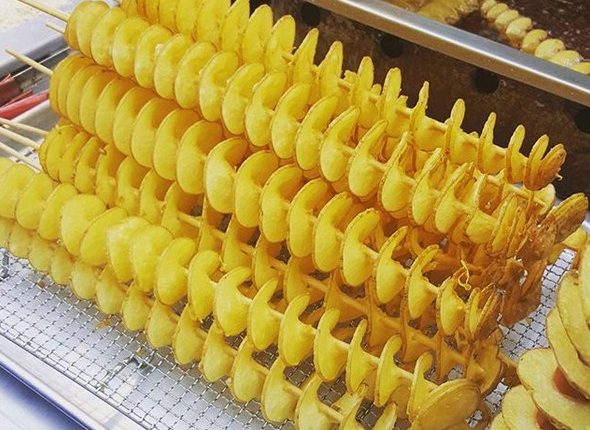 Tornado potato is Street Food that has many variations. Hweori gamja is a spiral-shaped potato chips that are fried dry and crispy. There are various spices to choose from, such as BBQ, spicy and etc.

Korea Food Guide – Lunch in Myeongdong like a local Korean! – Cheap and Delicious