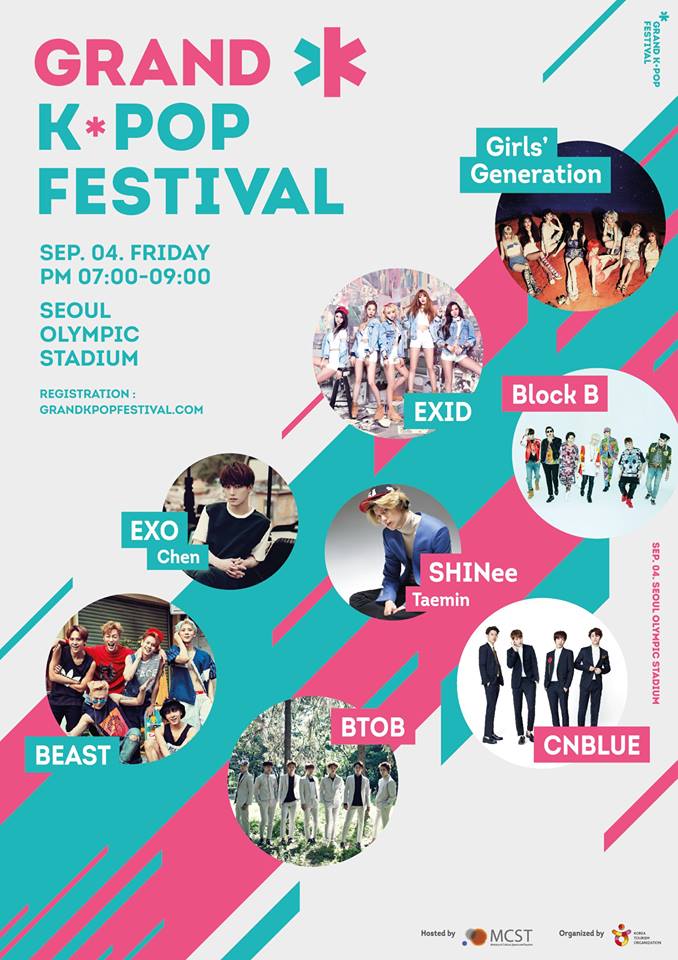 Wanna be supporter this time?

Training (Obligation): September, 2th. 6pm ~9pm, Venue will be announced later
(If the supporters will participate the show, few more training days could be added. It will be announce soon.)

✿ What is KPOP Festival HanRyu Supporters?
Enjoy the KPOP Concert on September 4th provided by Korean Tourism Organization, & Cheering up the concert with people around the world,
like Red Devils for Korean World cup team. Also, sharing about concert on Social media.

✿ Benefit for Supporters!
– All the cheering goods will be provided free of charge.
– Free Seats for supporters will be provided in the concert hall.
– You will be part of Cham E&C’s HanRyu family, and able to participate various events like Concert, Festival, Tour etc.
Foreingers whoever age of 20’~30′ >> ALL can Join!!!

If you love Kpop & Hanryu(Korean Culture) and want to join this concert by cheering up the event & share on SNS, Don’t hesitate!!! ✿

✿ Registration now!!!
Registration due: August 30th on the website www.cham.me // If the number of applicants are full, it could be closed soon.
Announcement for selected members will be announced on 1st September, Members will be selected by application screening.
✿ Inquiries: educham9618@gmail.com or 02)723-9618

However, if you cannot be one of supporters, Don’t be sad! You can also join the concert, please visit website>> http://kto.visitkorea.or.kr/eng.kto for more information ✿