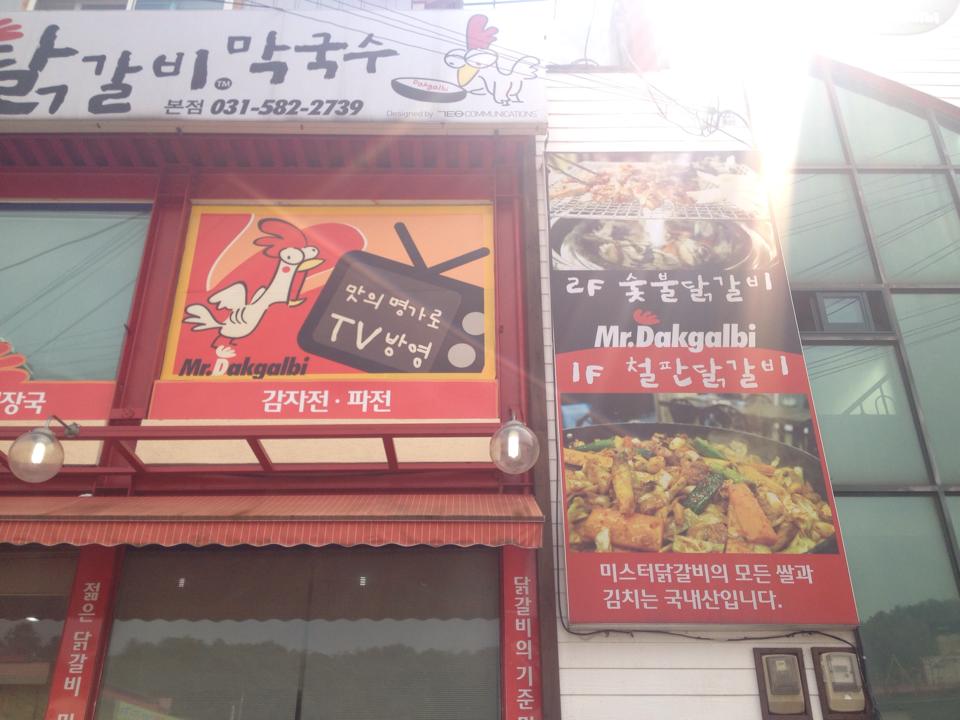 One of the most popular dakgalbi restaurant is Mr Dakgalbi near Nami Island. Being used for several television’s shooting place, they serve spicy-stir chicken completed with cold noddle and fried rice.

How to get here?

Mr. Dakgalbi can be easily found near the ‘Topland’ bungee jump tower; which is also near the ferry port for Nami Island.

New style of Korean bbq-Grilled it in a box