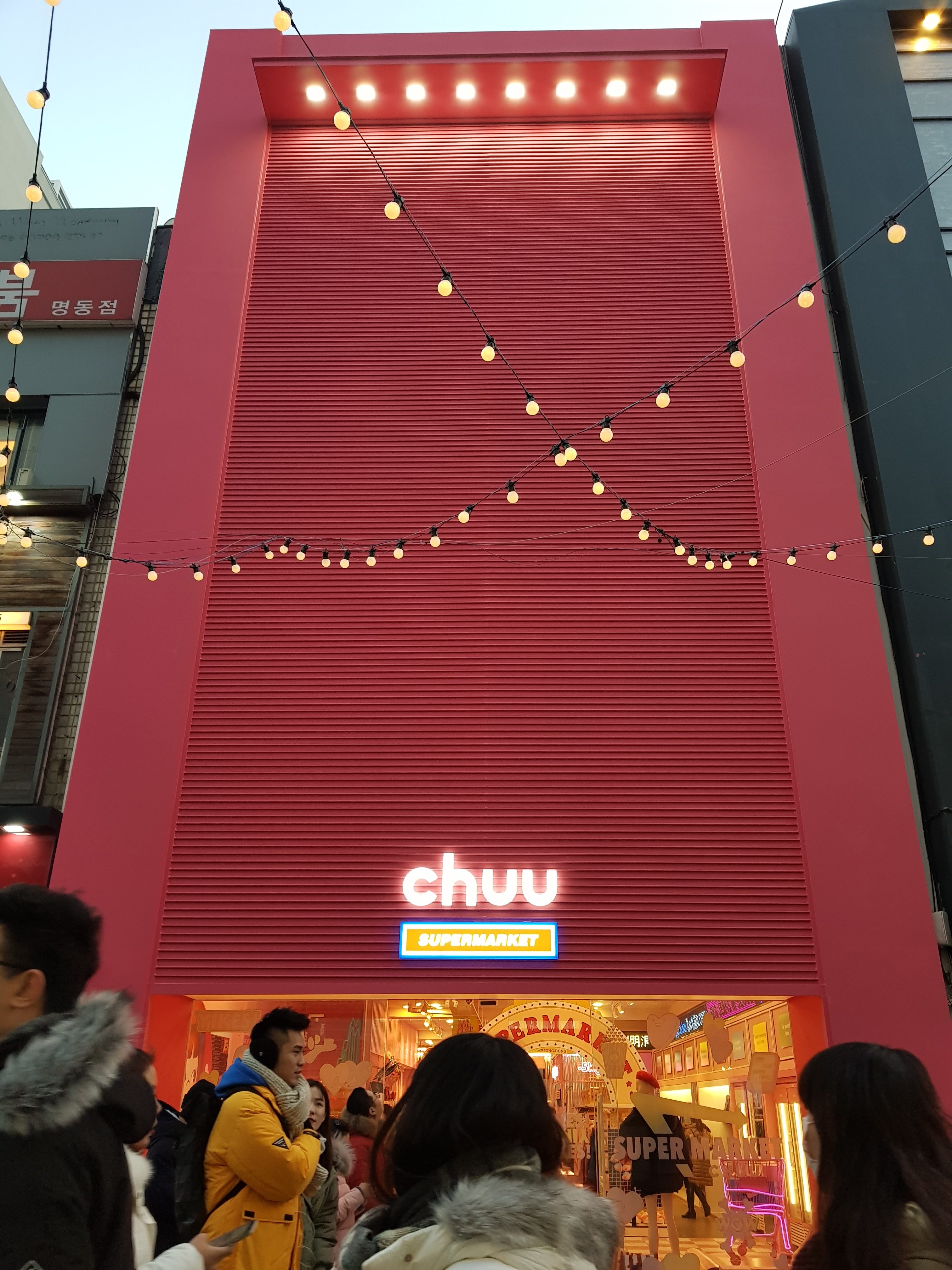 South Korea’s well-known online brand Chuu has finally entered Myeong-dong! In fact, they originally had a shop in Hongdae, but they opened a pink flagship store in Myeong-dong now. Except for selling their various clothing and cosmetics, the whole store is super beautiful. Let’s take a look! 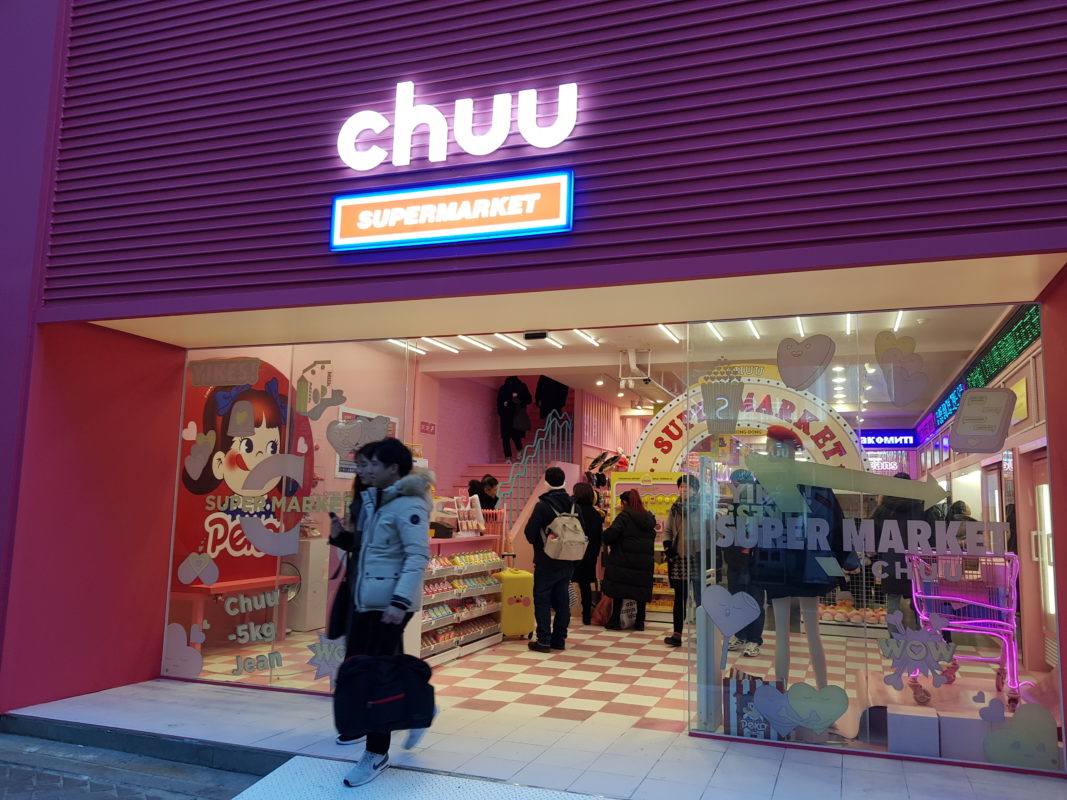 This flagship store is located outside the Myeong-dong business district, but it does not affect its popularity. We have been opening this day for a while, and it is still a crowd of people.

When you get inside, you know why. In addition to the clothing, accessories, and cosmetics sold on the online store, the entire three-story storefront is decorated with every corner. They are so cute and so good to shoot ~ If you are concerned about them, you will also find that the latest new models are also shot in this store! Do you want to take the same photos with Chuu’s popular models? 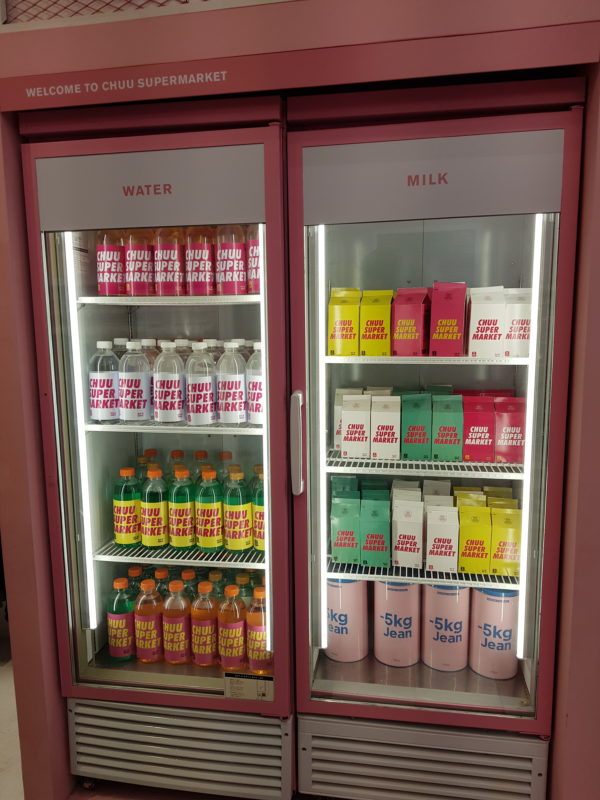 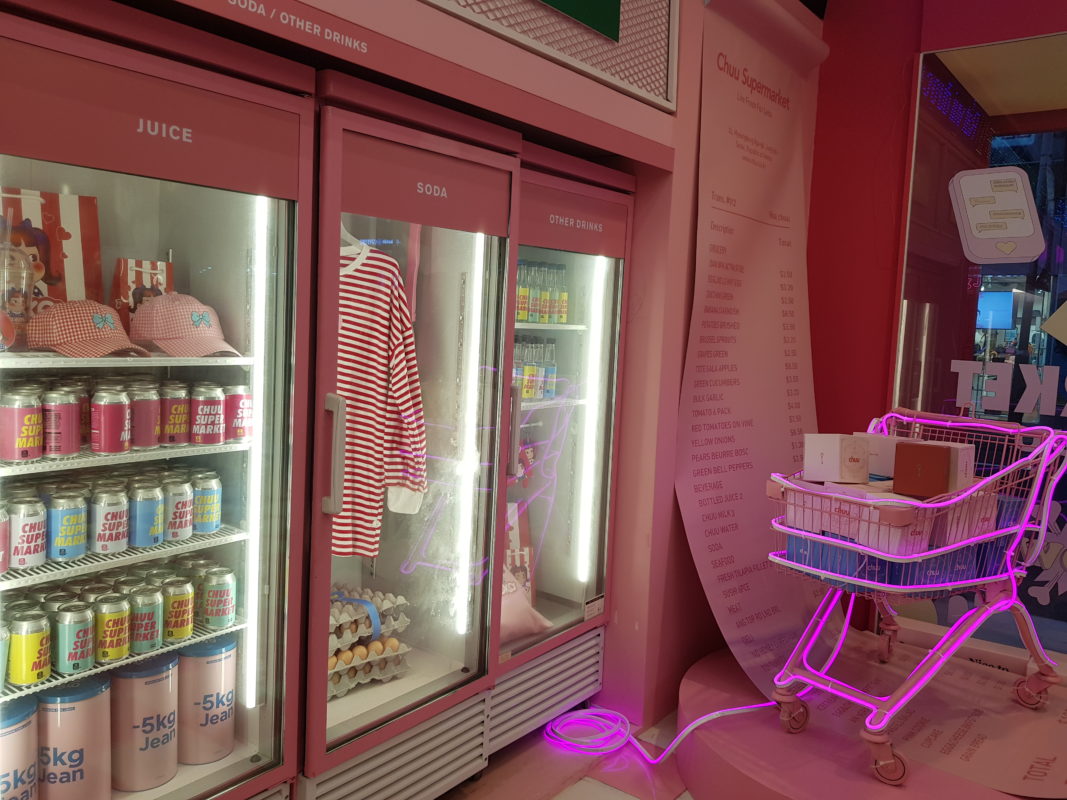 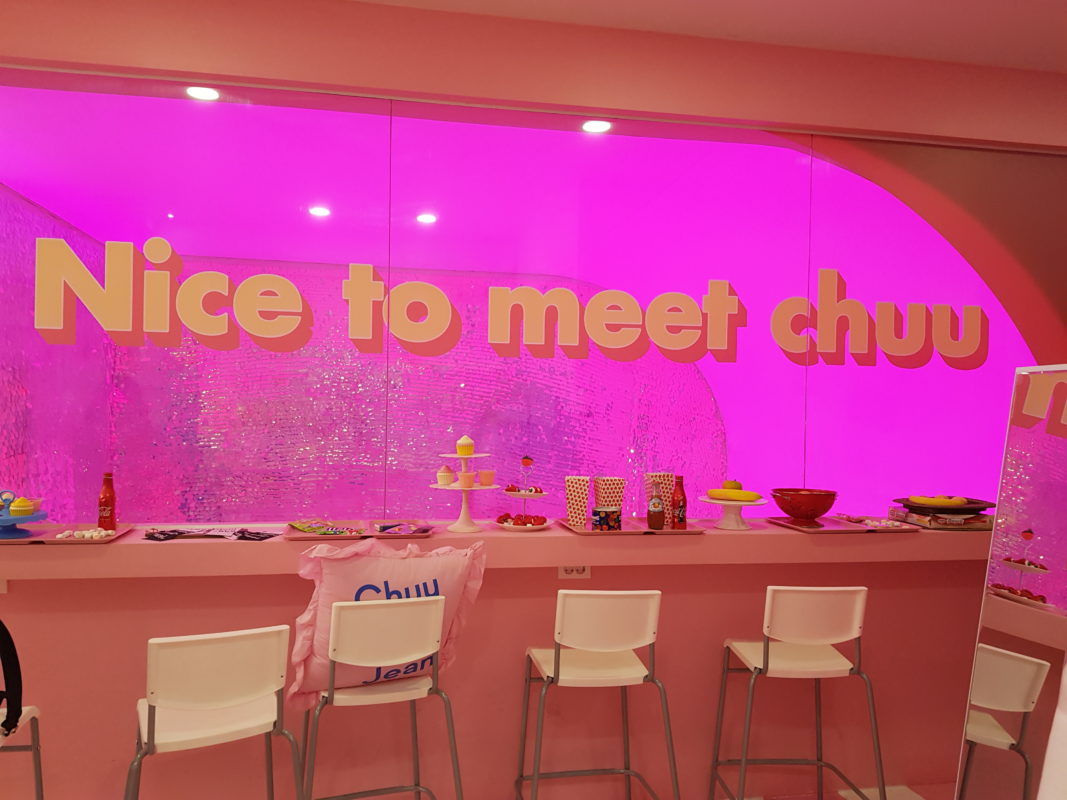 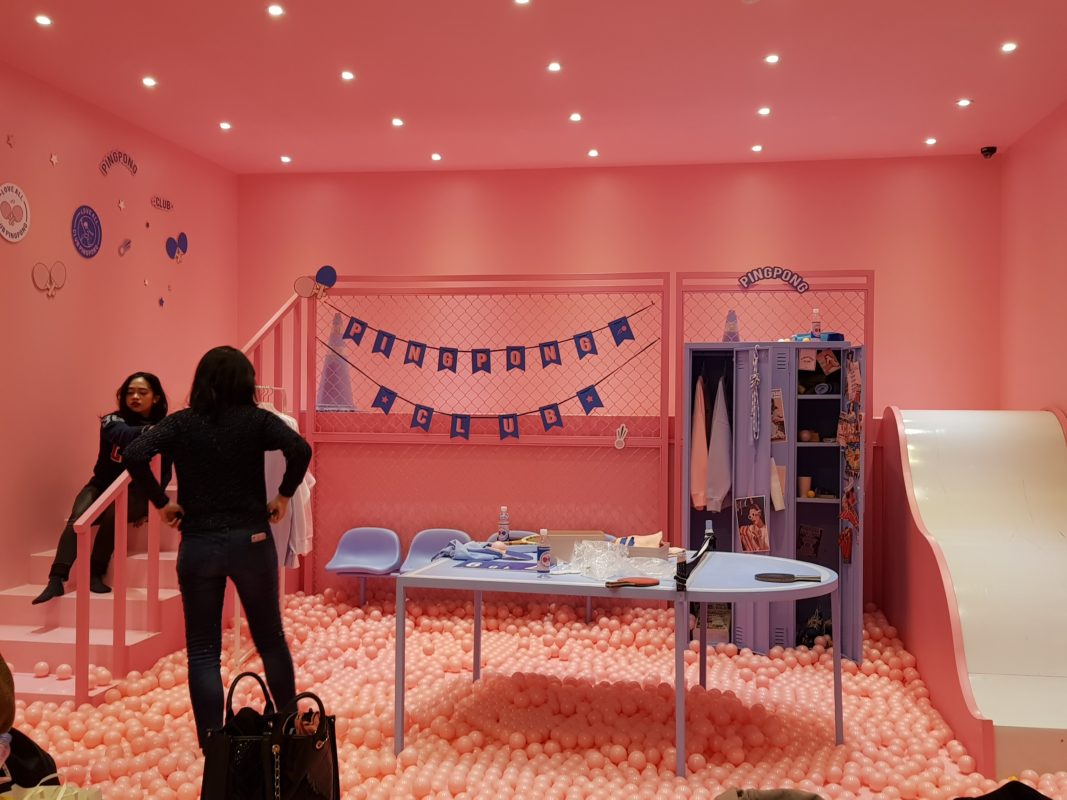 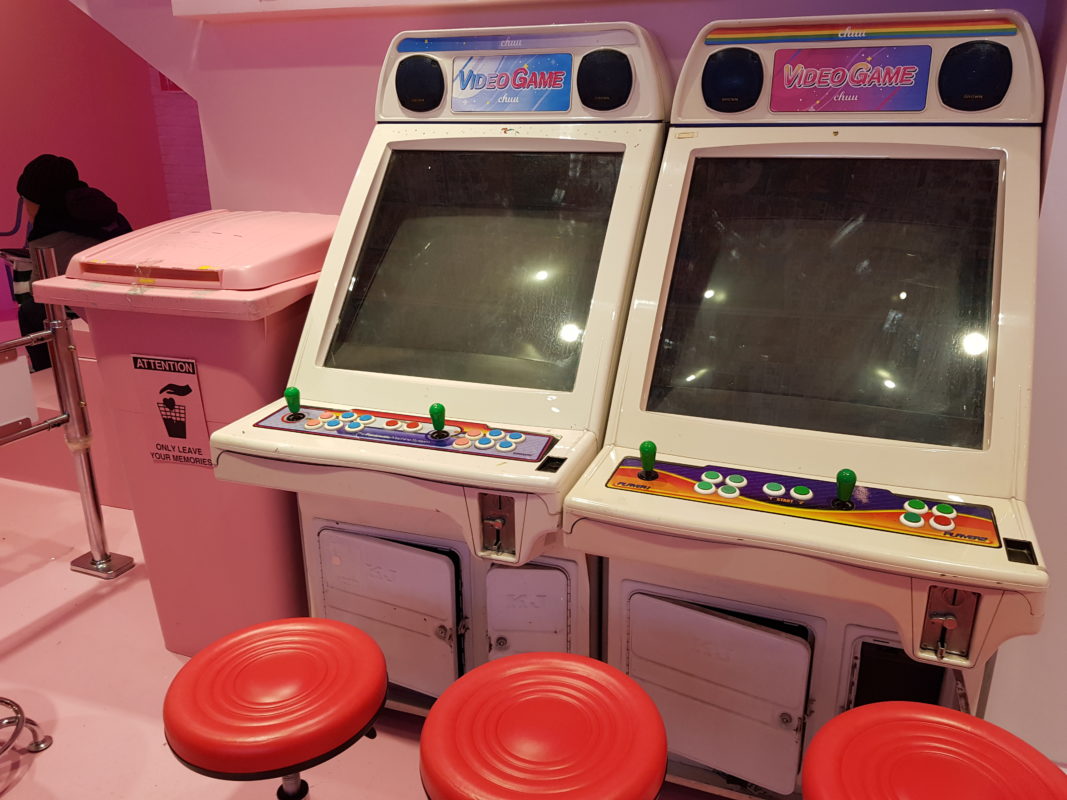 When it comes to online brand Chuu. Generally, the first one that will think of is their -5kg series! This series is not only ordinary jeans and skinny, but also short skirts and shorts, etc., also divided into various seasons, can be worn all year round, the point is that the -5kg series are figure flattering! The flagship store of course also put this series directly into a special area, next to the fitting room, it is absolutely possible to pick the one that suits you best. 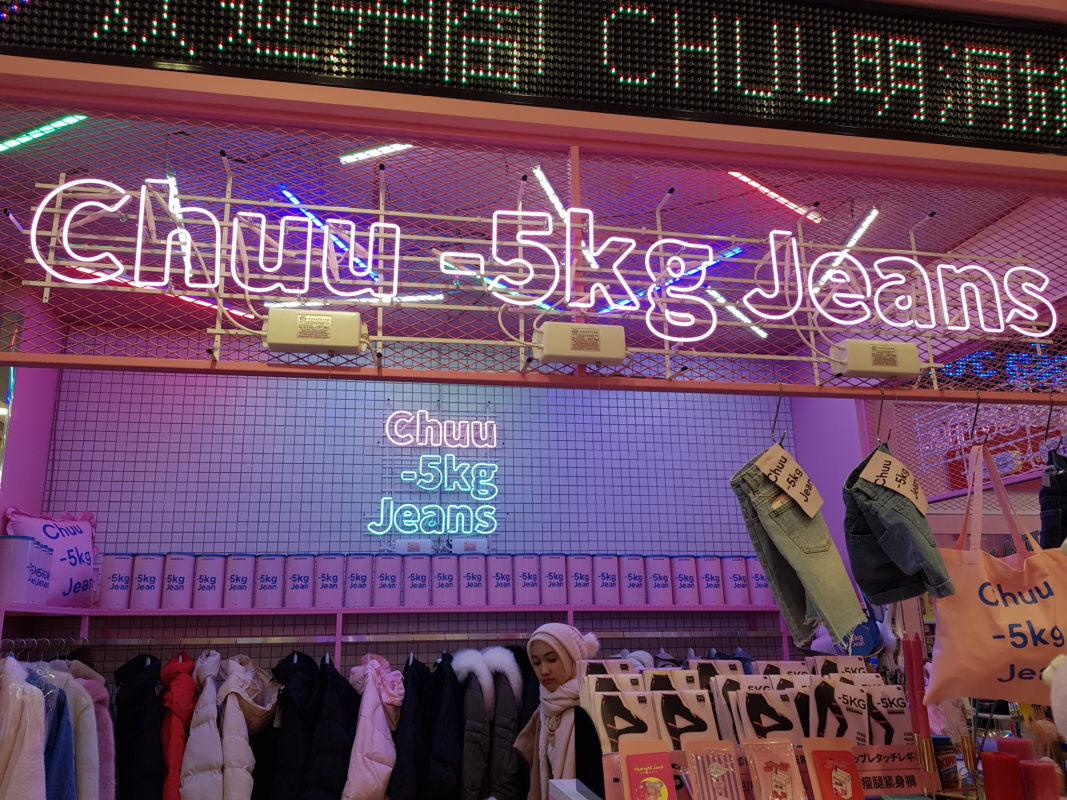 besides, there was a new member of the Chuu that started to join Chuu last year. It caused a big sensation on the Internet. The round cheeks and the cocked duck mouth are super cute, the various series of products launched are very popular, such as FANFAN’s co-branded makeup group. The whole group is a goose-yellow package with a cute FANFAN printed on it. The color of the make-up is also very pretty! 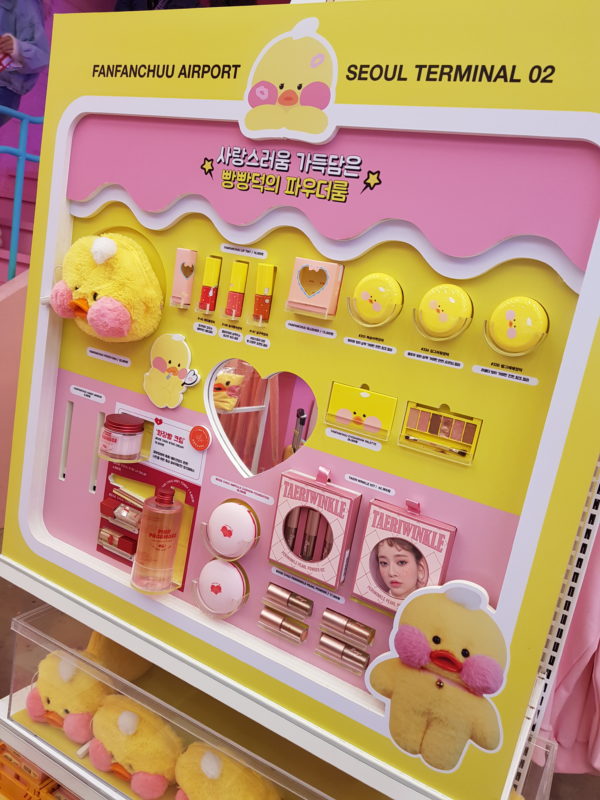 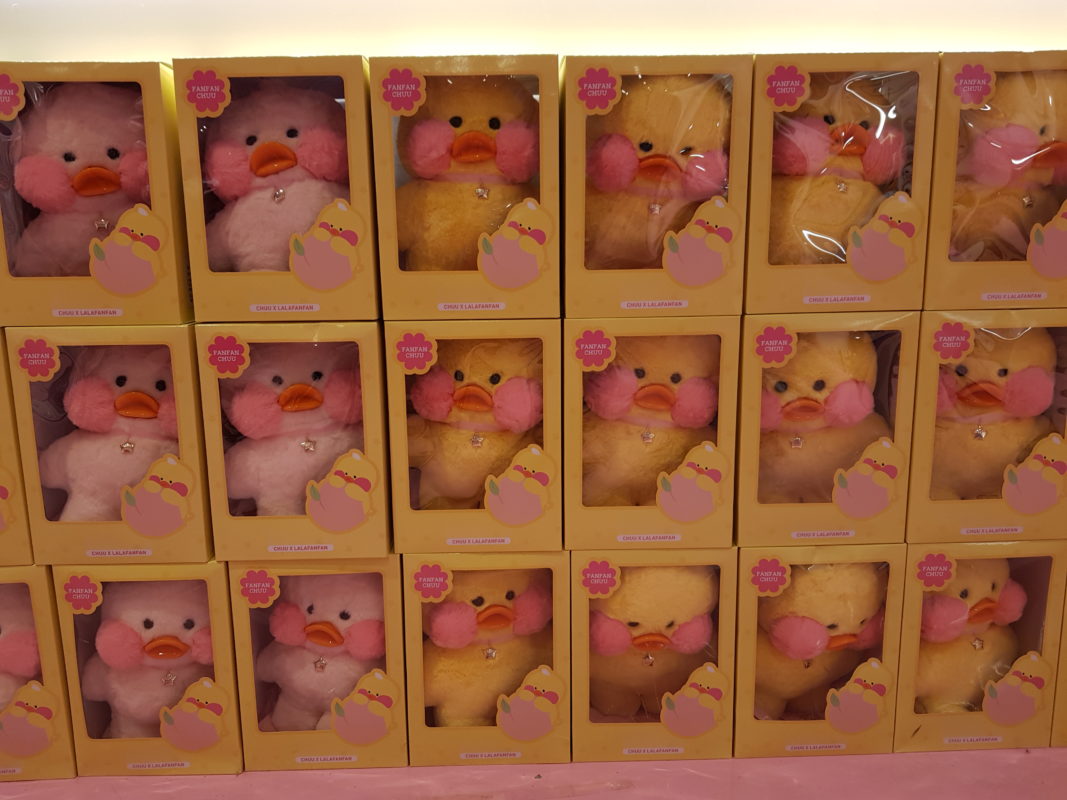 There are also cute pajamas, costumes, and other related products. The most lovely ones are FANFAN dolls, fluffy slippers, and furry FANFAN pouch. who like the cute FANFAN must commit wallet homicide! 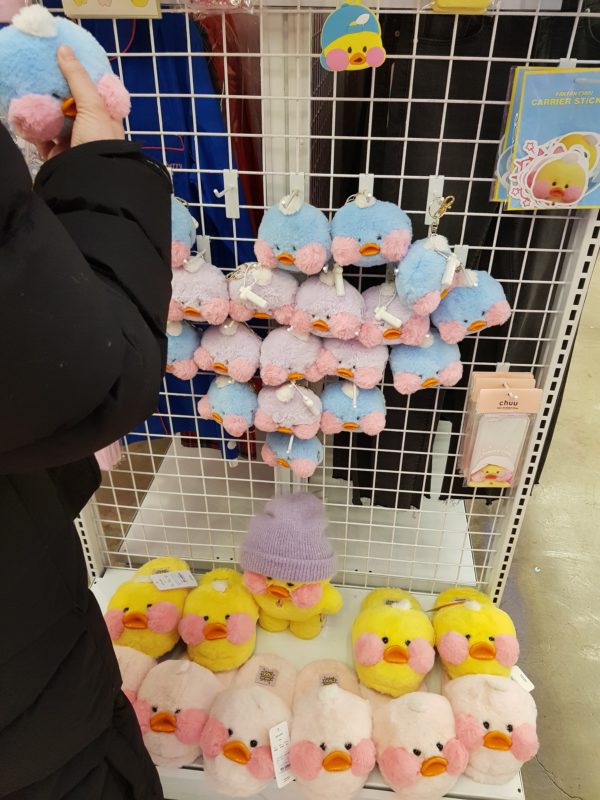 Before that, Chuu also collaborated with many brands, such as the “EstherLovesYou X Chuu Esther- White Bunny” crossover with illustrator Esther Kim and launched a series of cute and dreamy products. This time launched the”PEKO CINEMA” in collaboration PEKO, In this Myeongdong flagship store, you can also find these crossover products, there even set up three special zones~ 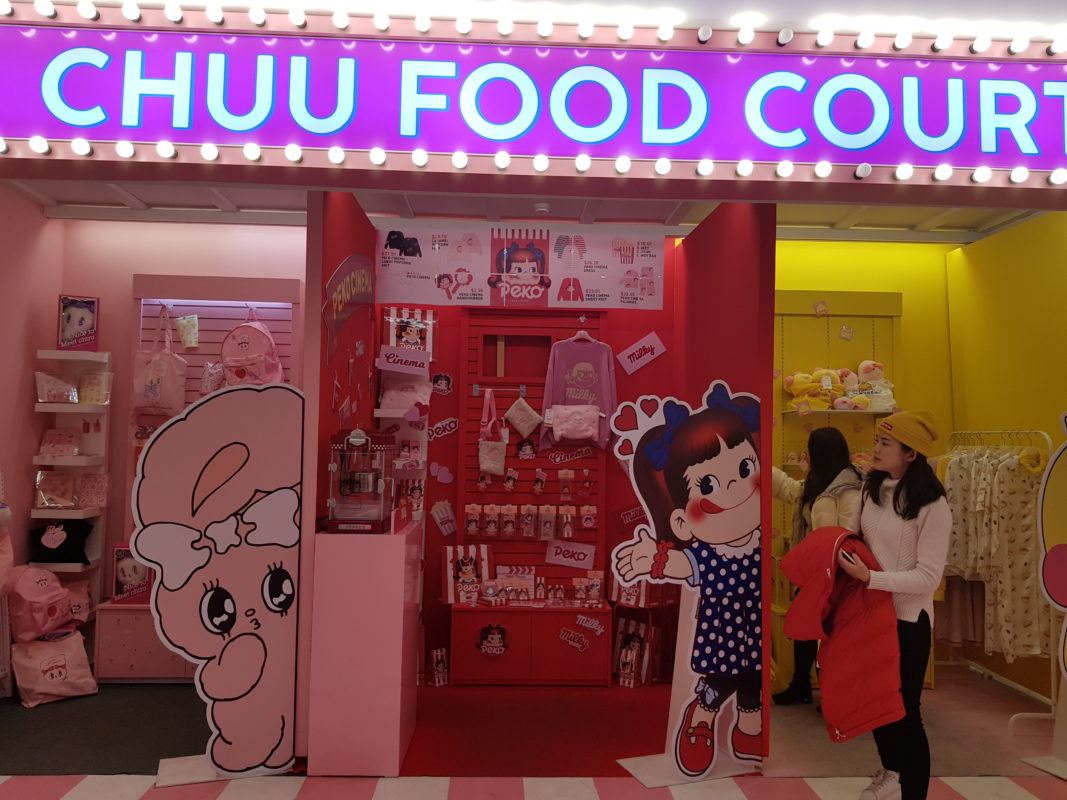 If you like this clothing brand, don’t miss it here. Except for their various products, you can carefully browse and try on. Also, have to take some pretty photos and upload to the SNS show for friends! 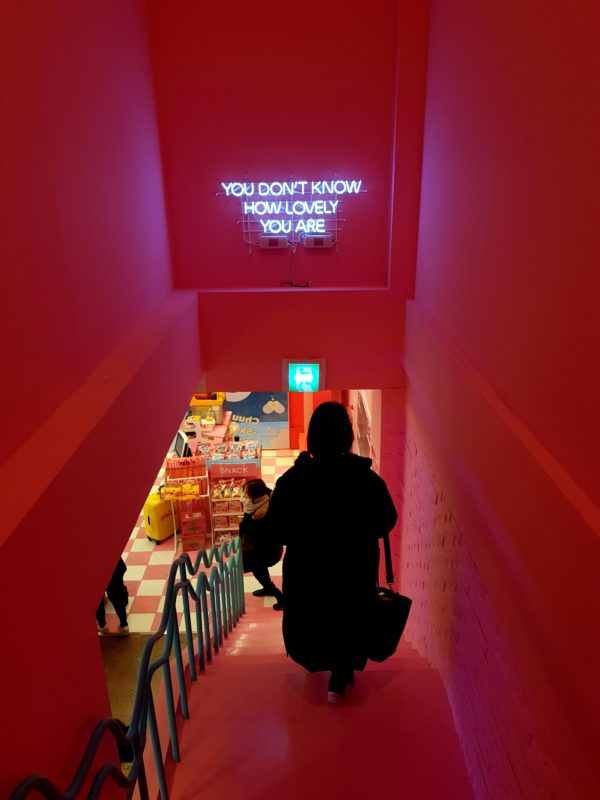 Introducing Stylenanda- a must visit brand!

For our male readers- must visit men stores in Korea!