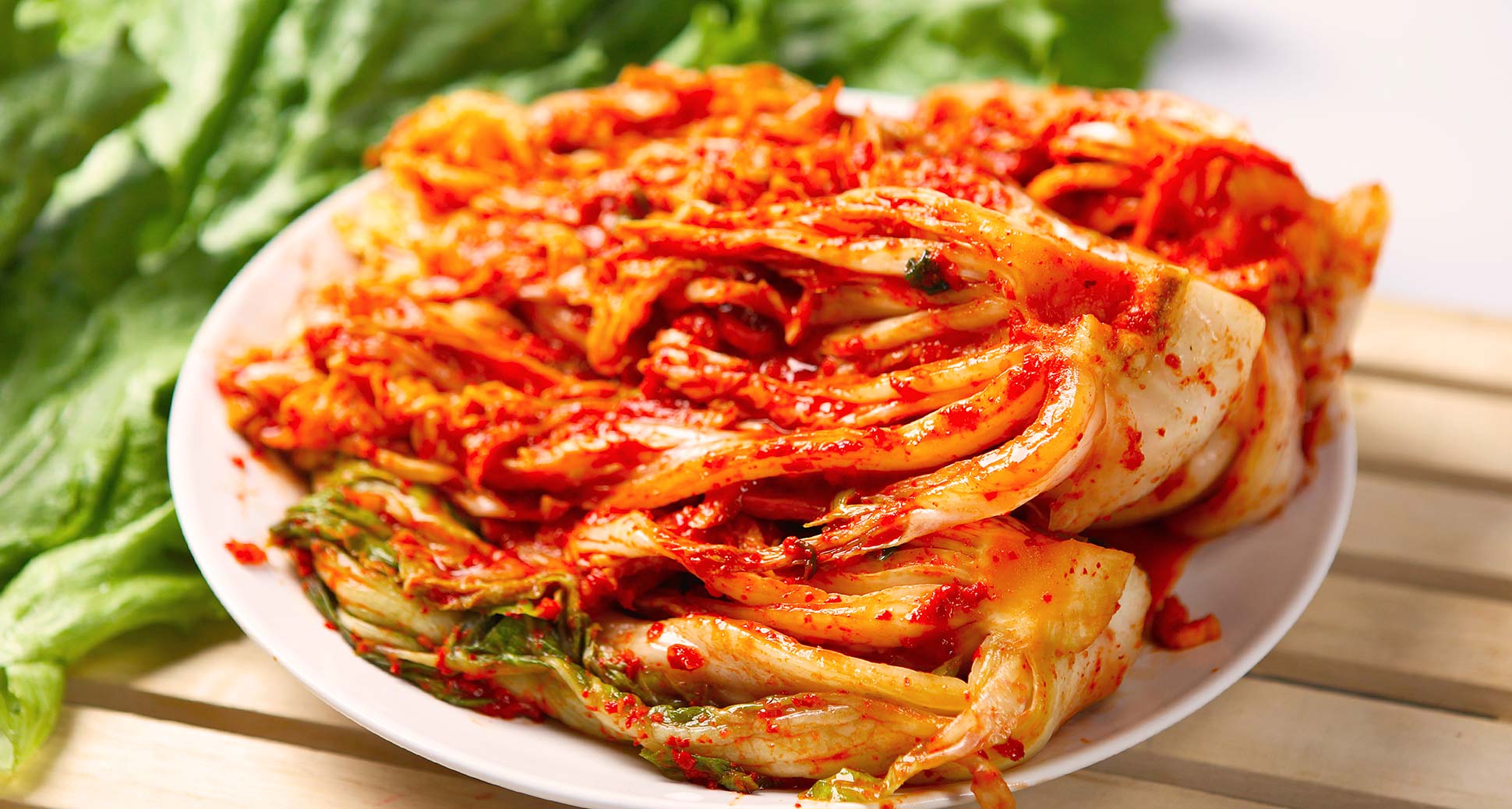 Did you guys realize when ever you have meal in Korea
there lots of side dish come along.
No matter what you order there always be side dishes and
you can refill it whenever you want.
so today we would like to introduce some Side Dishes that you always
see in the restaurant.

1. Gimchi
Kimchee or gimchi, is a traditional fermentedKorean side dish made of vegetables with a variety of seasonings. In traditional preparations, kimchi was stored underground in jars to keep cool during the summer months and unfrozen during the winter months. There are hundreds of varieties of kimchi made from napa cabbage, radish, scallion, or cucumber as the main ingredients.

2. Kkakdugi
Kkakdugi is a variety of kimchi in Korean cuisine. Usually, it has all the ingredients of kimchi, but the baechu used for kimchi is replaced with Korean daikon. Kkakdugi is a popular banchan enjoyed by Koreans and others.

3. Yeongeun jorim
Yeongeun (lotus root) jorim (reduced) is one of the basic, every day banchan (found at home tables and restaurants.  It is a simple dish of sliced lotus roots boiled then reduced in soy sauce and corn syrup.

4. Ojingeochae bokkeum
Ojingeochae bokkeum is a Korean dish made by stir-frying dried shredded squid in a sauce based on gochujang and sugar or corn syrup. The ojingeo in the dish’s name refers to squid while bokkeum means “stir-fried

5. Gyeran jjim
Gyeran jjim is a Korean steamed egg casserole, which is a popular dish in Korea and often eaten as a side dish

** Credit:We dont own this picture. all the picture are taken from internet.**

Budae-jjigae to the Next Level!!