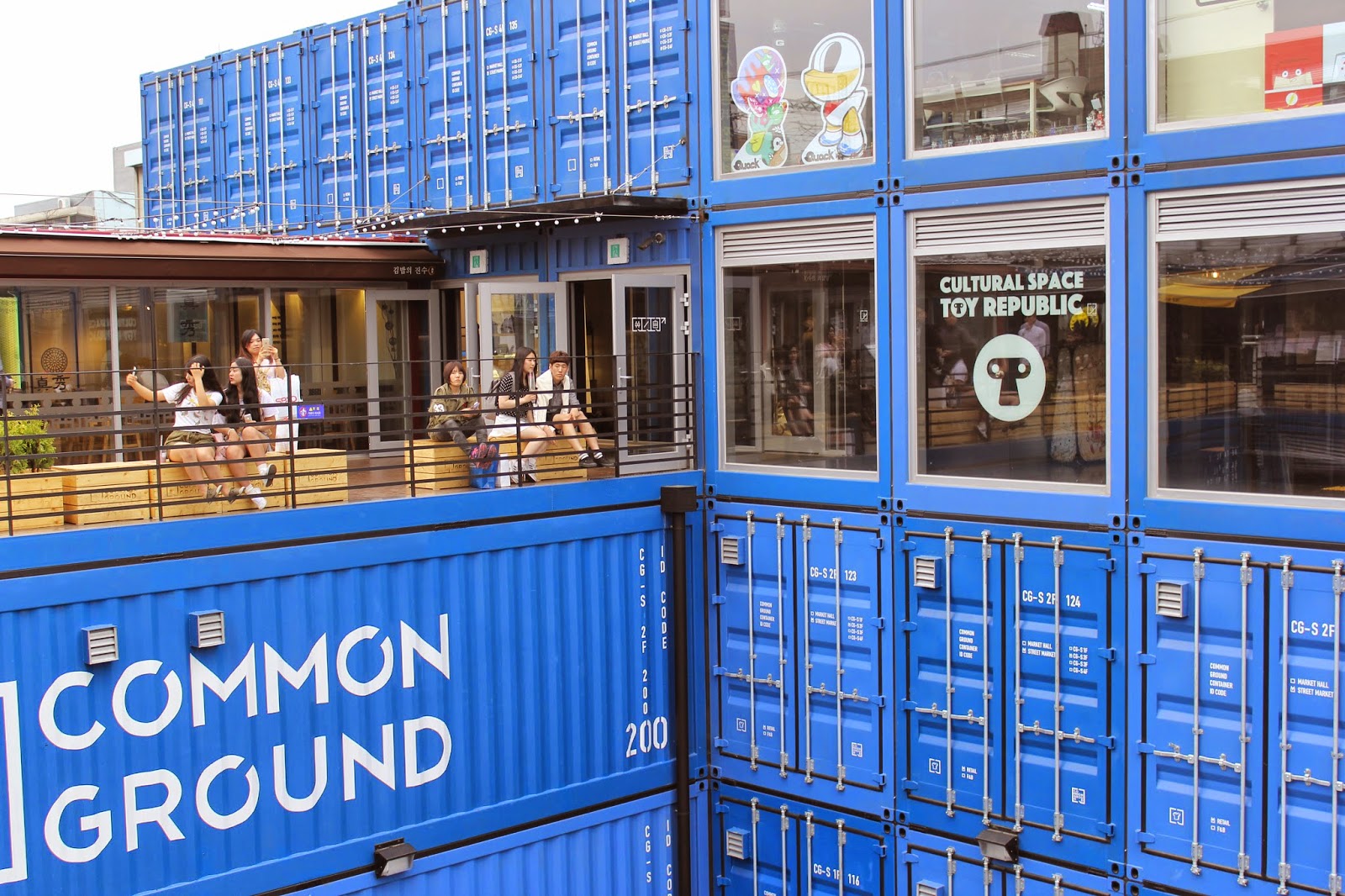 Regarding  WENINKOREA ‘s introducing  the issue of   “Korean Container Shopping Mall” on blog.bnbhero.com  by  OCTOBER 12, 2015, after grand-opening  in April 2015, just one year ago. How changed is it during those days?

Common Ground,  Korea’s the  first pop-up store,  located in Gwangjin district , this area was just a such  place in the southeastern part of Seoul till the big department store and shopping mall came to develop for new and trendy mid-sized shop stores by up-and-coming new designers.  The shopping site was built with shipping 200 cargo containers, which  transformed  into different structures or moving into different places in approximately 5300 square meters in scale, that was added  a dose of architectural hipness to the area.

It has been  three-story building, features 70 stores of trending brands for limited amounts of time. Many of them is  independent shops from local designers. The shopping space has two main centers, “Street Market” and “Market Hall,”  connected by a courtyard. A few food trucks  parked in the courtyard.  Shipping containers might conjure up images of dank and dark spaces, but Common Ground has high ceilings and glass windows that let  plenty of natural light into  the mall.

On the central square of the ground market, a weekend market,  is held with different themes. There are  continuously various events such as colorful flower market, exhibitions, live concerts, sport show and other performances   while playing its role as a cultural space. Besides, on the 3rd floor terrace, there are famous restaurants sprawl along the sides of the alley. If you feel like having a light snack, you can also pop down to the food trucks on the market ground that offers an exotic gastronomic dining experience.

Now,  the blue pop- up store called Common Ground has been become more popular among the youths and the tourists    because this zone is so close to the Konkuk University (건국대학교) that it became a great commercial location with floating population and students. Besides, the shopaholics and visitors are easily  get  there  within 400 metres  from subway.