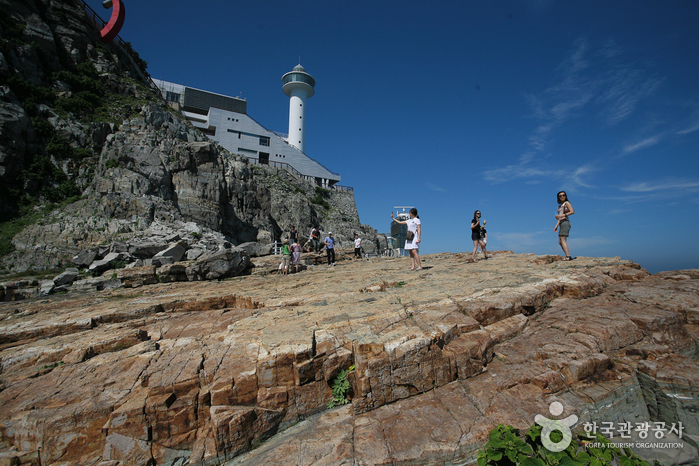 Taejongdae is a natural park of Busan, South Korea with magnificent cliffs facing the open sea on the southernmost tip of island of Yeongdo District. It is said that its name to have taken from King Taejong Muyeol (604 – 661), the 29th king of Silla Kingdom after leading the unification of the Three Kingdoms of Korea. This National Park is a representative visitor attraction of Busan where has dense evergreen trees and several facilities for tourists such as an observatory, an amusement park, a light house, a cruise ship terminal. There are plenty of things to do and it is the perfect location for family day trips or with friends. Throughout the island, you find gun shooting range, hot springs, boat cruises, museums, temple and plenty of restaurants offering very fresh fish, included the stunning views of the ocean from the cliffs.

For geographical Location of Taejongdae national park is coastal walking trails along the rocky cliff. You either walk around or spend KRW2000 for a tram ticket. The tram makes five stops along its route: Taewon Jagal Madang, Gumyeongsa Temple, Observatory, Yeongdo Lighthouse, and Taejongsa Temple. By walking, the huge park is a refreshing park to spend the whole day for hiking around, deeply breathing in fresh air,and taking in the views. When being down the rock formation near the light house, you can participate in the view of the scent of the sea, and also hang around, sit on the rock for chilling out, even fishing on a clear day. So, Taejongdae park is designated as the 28 Busan monument, along with Oryukdo Island, then become one of the most popular tourist attractions in Busan. 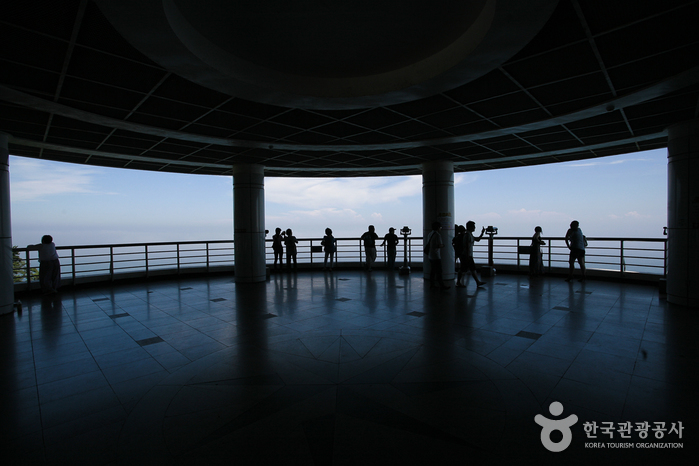 – When returning, you can use the same bus.

Bongpyeong: a Place of Buckwheat Poem