When you passed by the Itaewon area,have you ever notice an unique architecture?If you do,maybe you know it is Leeum.

Leeum is an art museum which established by Samsung Foundation of Culture in 1965.Leeum has passionately collected and organized exhibitions of exceptional artworks, encompassing both traditional masterpieces and contemporary works.

In 2004, Leeum, Samsung Museum of Art, opened its doors in its magnificent new facility in Hanam-dong, Seoul. Leeum has phenomenally expanded the depth and range of its collection,enhancing its vast trove of Korean cultural treasures with numerous representative works from the most celebrated contemporary artists from around the globe. As such, Leeum is now internationally recognized as one of the preeminent cultural institutions in the entire world. 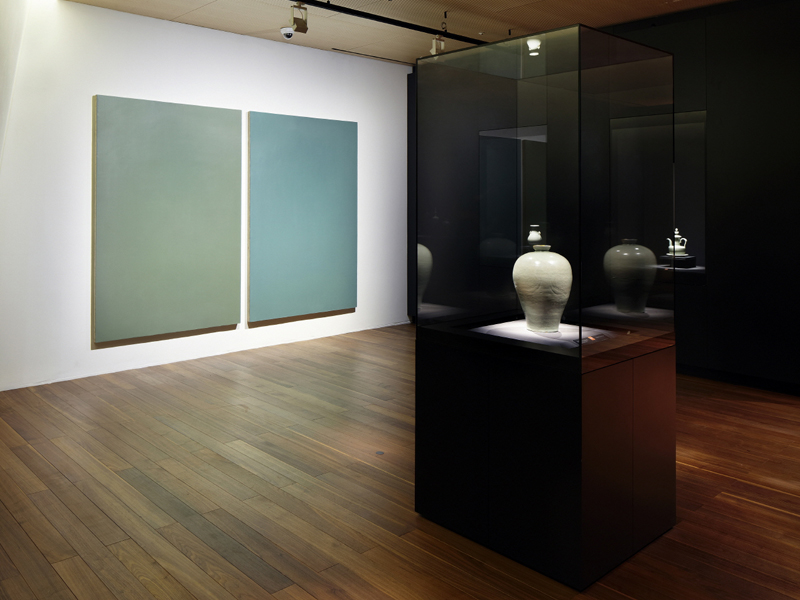 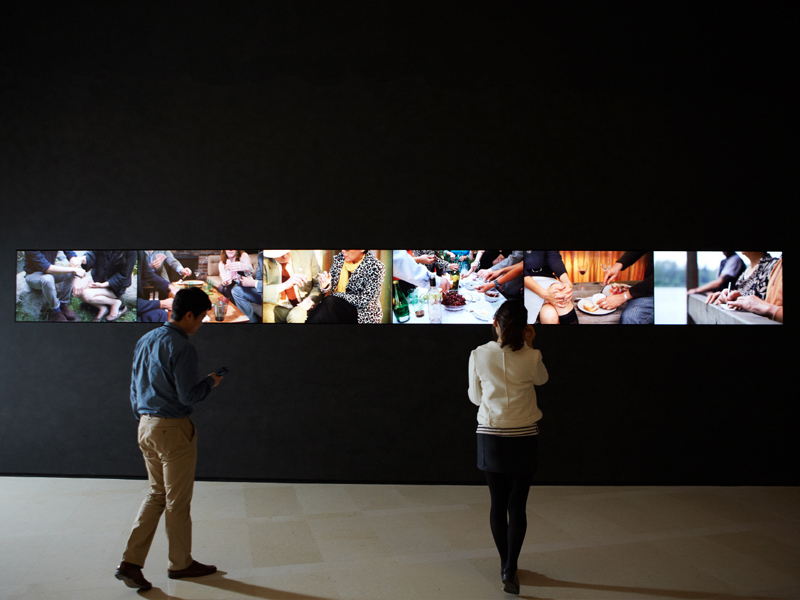 Leeum is a multifaceted cultural complex, consisting of three conjoined structures:Museum 1, for Korean traditional art;Museum 2,for contemporary art; and Samsung Child Education and Culture Center, for educating youth and cultivating the future of world culture. 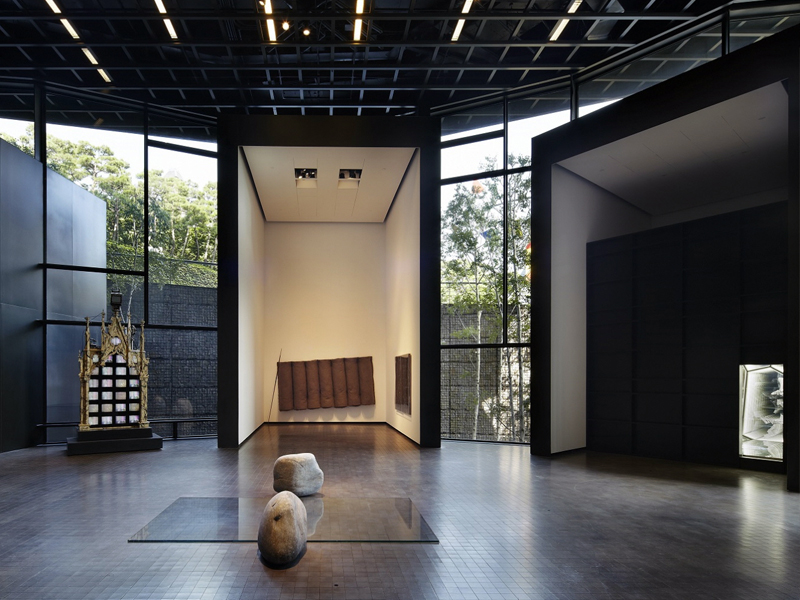 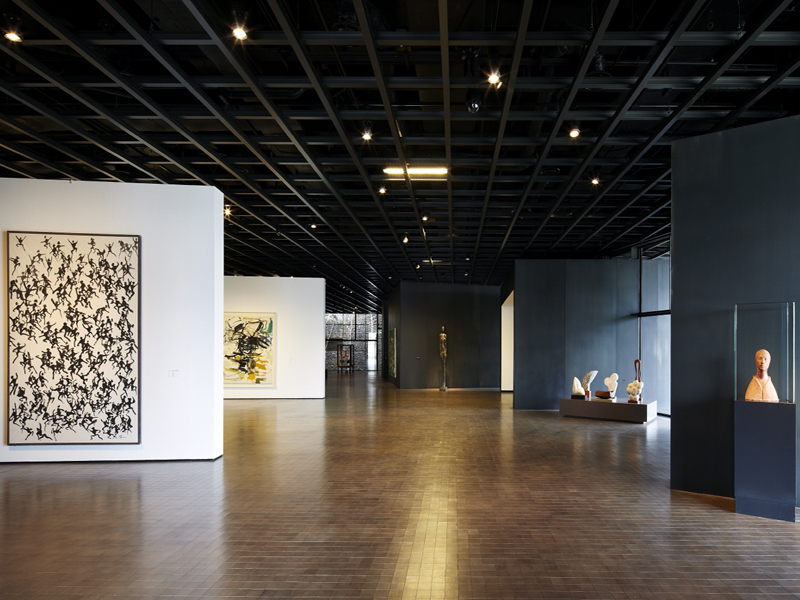 Museum 2’s main building materials are extra white glass of extreme transparency and rusted stainless steel panels.Freely arranged exhibition boxes, which are projected from the glass surface, invoke substantial and unique responses because of the rusted stainless-steel panels.
Leeum architectural designer and corrosion specialist Mark Quinlan has done countless experiments to confirm that rust proof stainless-steel could be rusted, and has invented the “black-filmed stainless-steel” – the so-called “Black Patina”. The exhibition boxes, which are covered by “Black Patina”, form irregular geometric lines and, from the inside, shield exhibition spaces from the artwork; when viewed from the outside, they strengthen an impression that the building digs deep into the ground and then rises up again – because of the unique feeling of heaviness created by the metal. 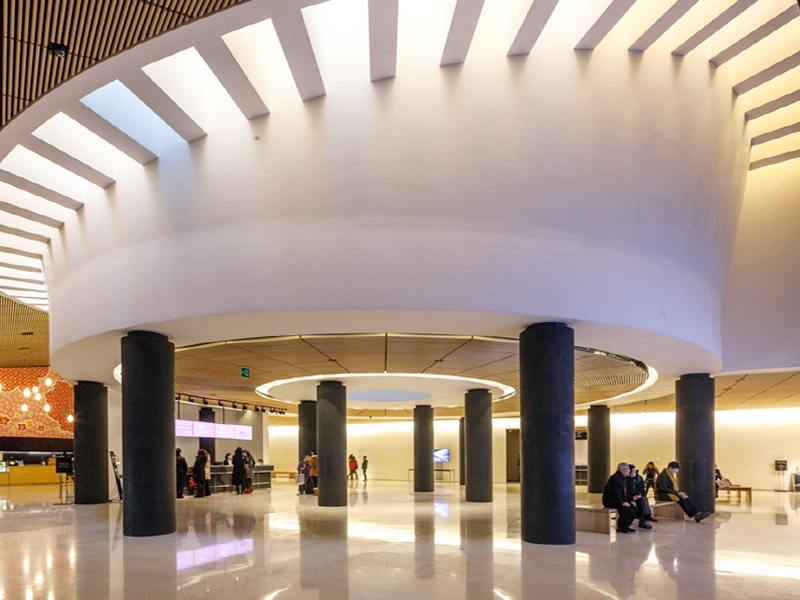 Regular DAYPASS is 12,000 won.But if you come with group or you are senior or student there is another discount for you. 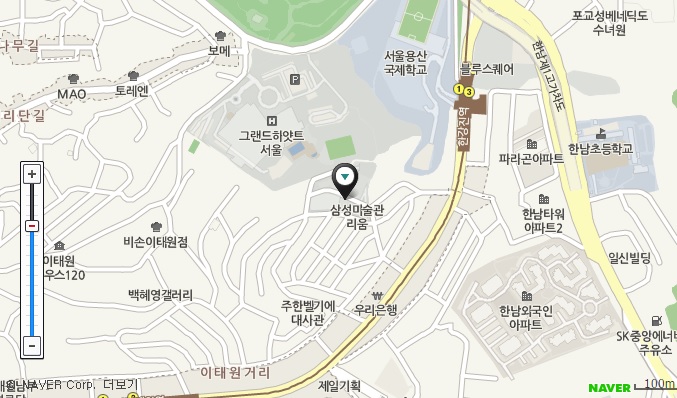 If you would like to visit Leeum,here is the way to get there.

1.From Hangangjin Station (Subway Line 6) Exit 1, walk straight for 100m towards Itaewon. Make a right turn at the first intersection and alley, walk up the hill for about 5 minutes.
2.Public transportation is highly recommended due to limited parking space.