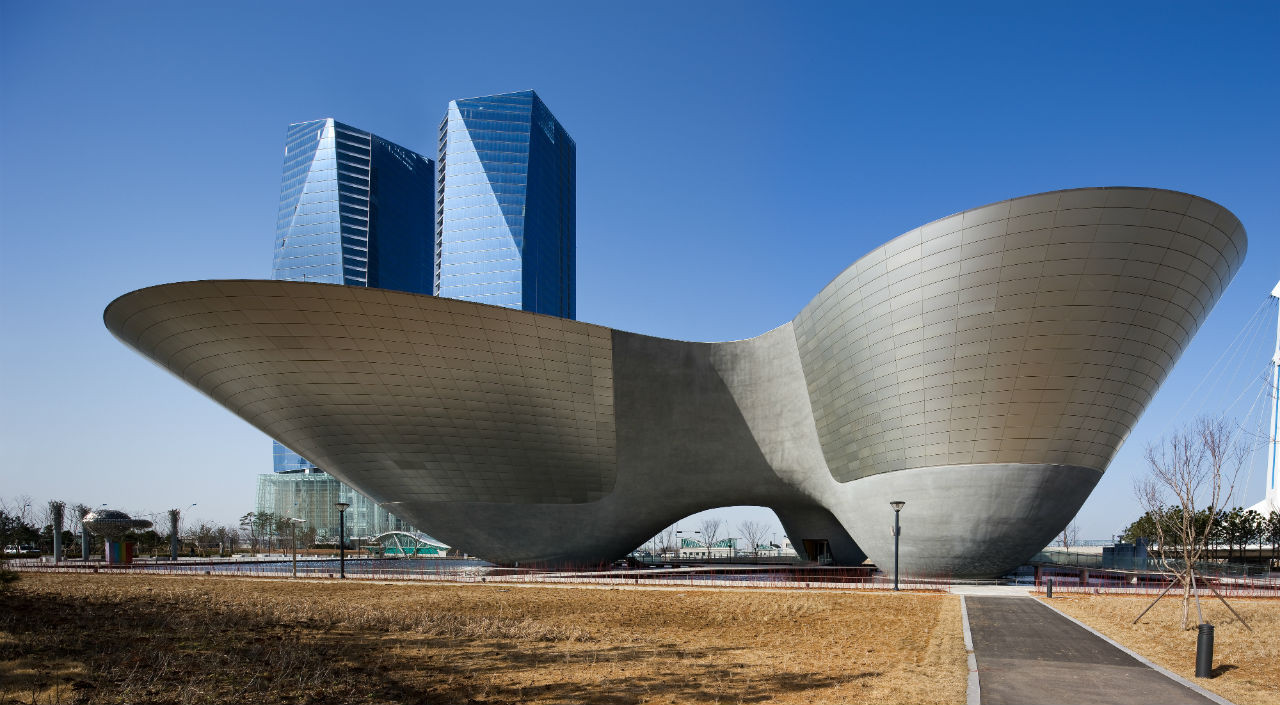 Songdo Central Park, International Business District’s green space plan , is a public park of Incheon, South Korea . It serves to connect to various civic and cultural destinations by providing a seawater canal that refreshes itself every 24 hours. Furthermore,the park also displays the neofuturistic metallic architecture of the Tri-Bowl, the structure floating above a rectangular area of water.

The Incheon Tri-bowl, covering 2.869 sqm (Building), 12.300 sqm (Site), is started with the idea being against to general thoughts about architecture, which reflecting image. It is composed of a curved floor with a flat roof instead of a flat floor with a curved roof in general architecture. Its hall is basically used for exhibitions, and is designed with a wide ceiling for those exhibitions. LED lambs, composing the ceiling, make different information available on those at any times. The structure is floating on a rectangular reflection pond and patrons will be entering it through a long bridge passing underneath of the mass.

The interior was finished with a transparent material and also a lightweight structure with being separated to the shell body. The circulation of patrons is in the trace of a continuous cubic curve which is making multiple actions like circling, going up and down and etc. There are service space consisted of rooms for exhibition, performance and rest as well as office space. The exhibition and performance space can accommodated up to 400 people where visitors are able to see the exhibits hanging from the ceiling through the trace of a cubic curve. It is mainly a one-way curved surface from a free curve and a conic curve under the shell body. The exterior is finished with exposed concrete on the lower part of the shell while the upper part of the shell is finished with aluminum panels.

For the outstanding metallic architecture at Songdo Central Park, where being representation of the ocean from the Incheon Harbor, the Inchoen Tourism Organization has convinced that here must be surely seen by travellers. 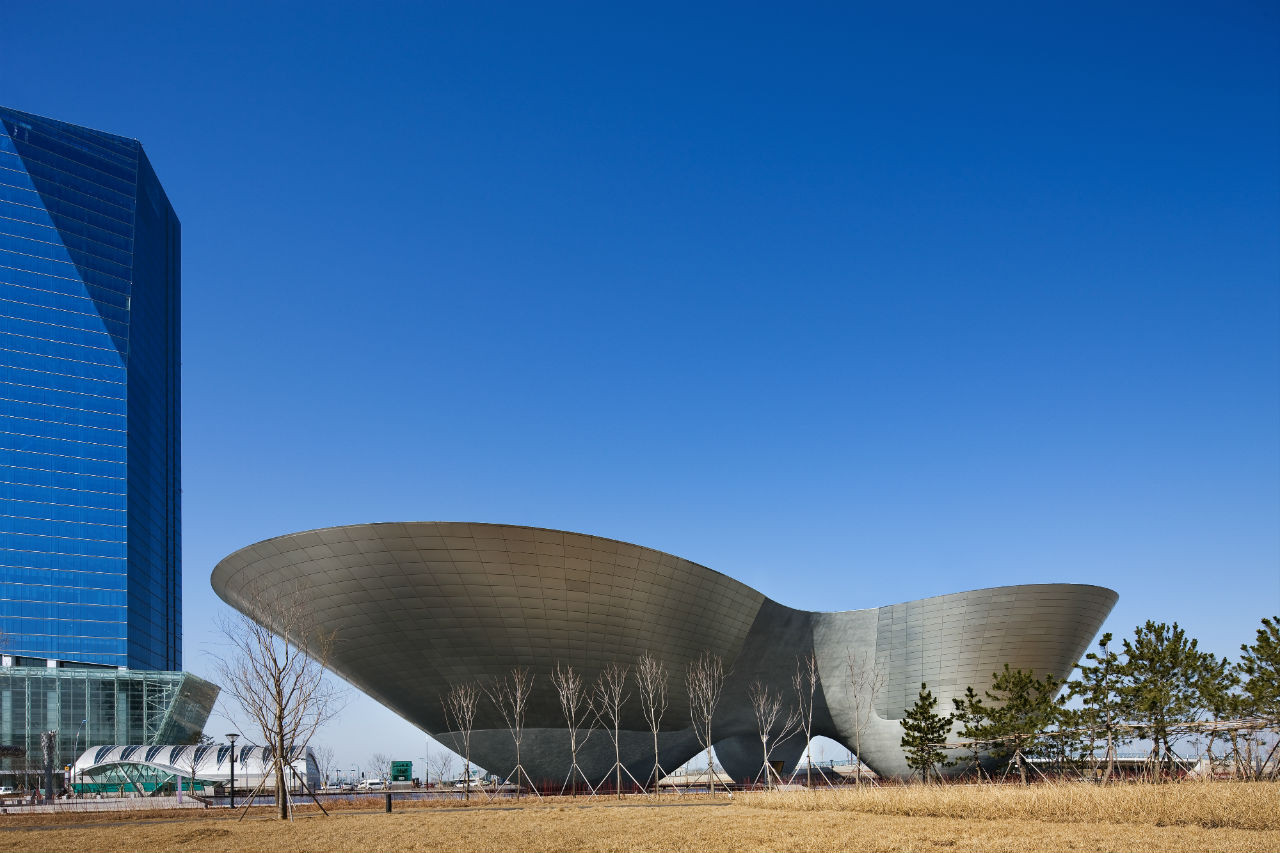