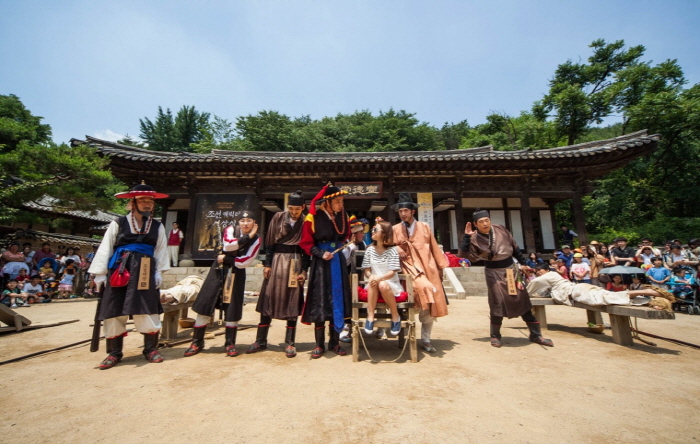 With a record of one million views on their highlight act featuring the ‘flower beggar,’ ‘merchant’, ‘gisaeng,’ and new characters selected from the ‘Joseon Characters Audition 3,’ a total of 22 actors will be seen performing in the acts. According to  Joseon dynasty as background, visitors have time to travel back into the  fantastic folk ways  a fantasy with  interesting characters and real comedy acts.

Moreover, a variety of traditional and fun experiences including ‘Traditional Costume Experiences’, making of mapae (transportation card used in the Joseon era), hopa (identity card) and fragrance pouch are also available for all visitors regardless of age and gender. 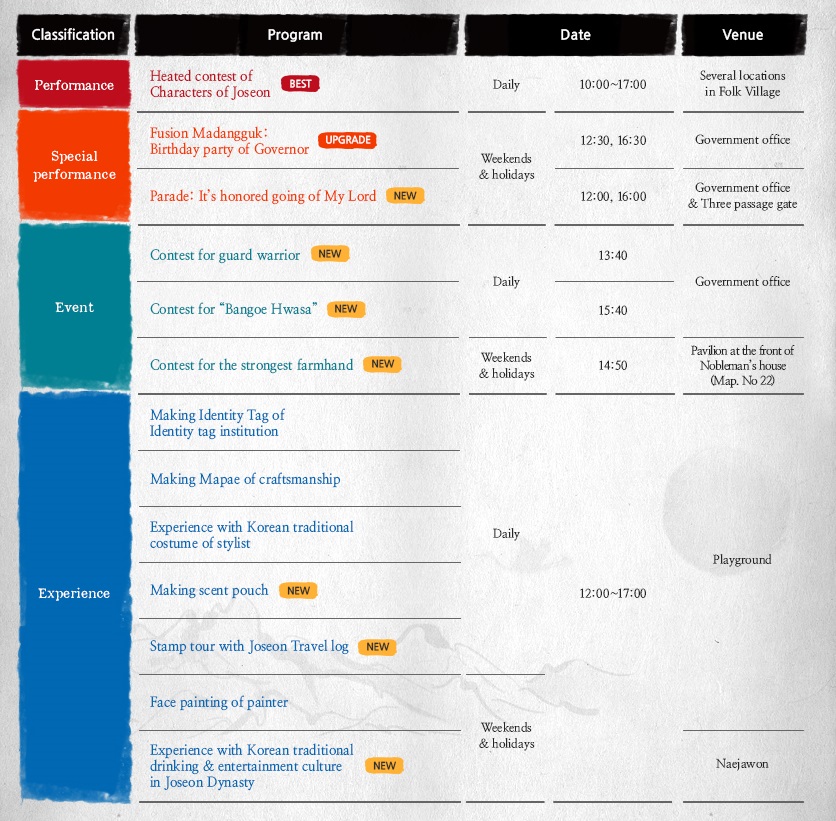 – Various contests held by the Joseon people for guard warrior, “bangoe hwasa”, and for strongest farmhand.

– Dressing up to be Joseon characters

Vary according to performances [Operating Hours]

* Children: Ages above 3 to Grade 6 of Elementary School Students

* Seniors (Ages 65 or above) and people with disabilities are entitled to pricing policy for children.

Shuttle bus is available at Suwon Station and Sanggal Station. 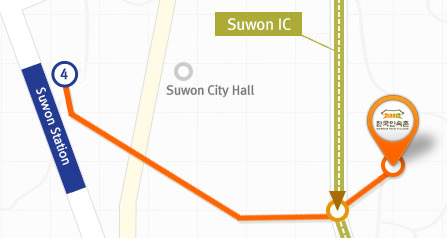 A day in Udo Island (우도)